Begging for attention, this double-storey house in Sandbaai only needed a bit of TLC to make it more of a home, and Deon Gouws did just that.

Deon purchased his first home by the sea and hopefully wants to retire there. But quite a bit of work had to be done to get the house in good condition. As an entry into our Home Improvement Competition, here's what Deon did to tackle all the problems and faults in his Huisie by die see. 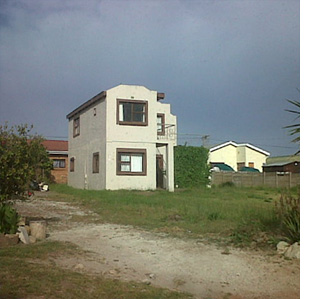 Begging for attention, this double-storey house in Sandbaai only needed a bit of TLC to make it more of a home, and Deon Gouws did just that. Die huisie by die see is a double storey - with the top floor offering a stunning view out over the sea in Sandbaai, Hermanus

Quite a bit of work needed to be done on the property to bring it up the living standards. Staircase rails needed to be installed and Deon fitted a pine frame - painted white - for the railings, adding decorative rope bannisters to add a coastal theme to the house.

Most of the timber fittings and fixtures in the house needed to be sanded and sealed, and new glass panes fitted to French doors. See our tips for sanding and sealing timber. 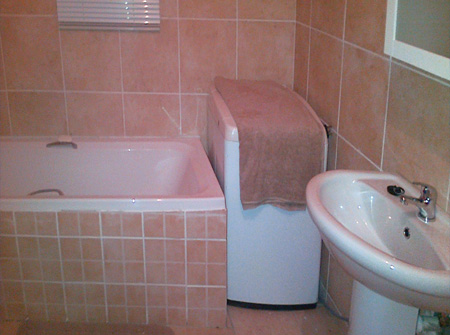 The bathrooms were so dirty and scruffy that no one wanted to enter the rooms. Both bathrooms needed to be re-tiled and the geyser boxed in, as it had been left open to view. Both rooms also lacked any cornice between the wall and ceiling, and this needed to be installed as a finishing touch.

Like the rest of the house, the kitchen also needed a lot of attention Most of the doors, having not be sealed or varnished, had swelled out of all proportion and new doors were bought at Builders Warehouse and fitted with new hinges to replace all the old doors. 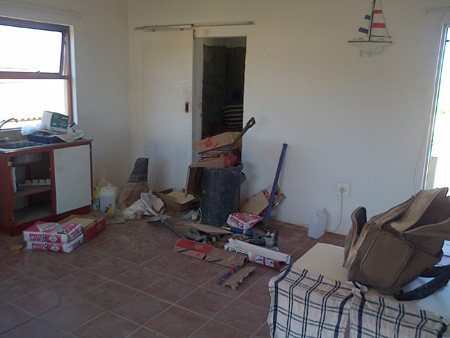 Additionally, the tiling in the kitchen was not completed and had to be ripped out and re-tiled and the ceiling restored and repainted to cover up stains.

Deon says he is still planning to put a wooden deck all around of top floor, but is just waiting until he has enough budget set aside for the task.