Healthy Eating is a Global Driver 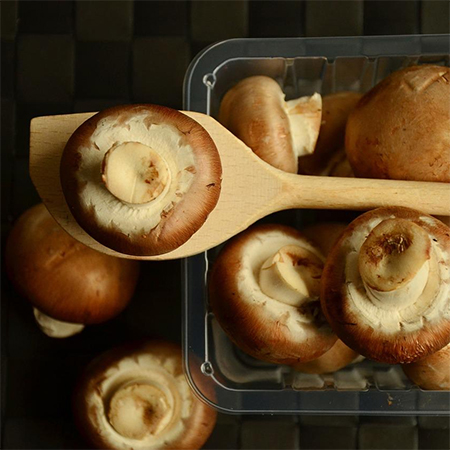 With health becoming the #1 driver of global food industries, the demand for healthier meals and more natural alternatives to help treat/prevent serious health conditions through food is continuing to grow.

For long mushrooms have only been known for what they do not contain: no fat, no cholesterol, no sodium, low in calories, low GI and no gluten. Luckily fresh cultivated mushrooms are reestablishing their position as an affordable Superfood that contain numerous health components

Our focus as the South African Mushroom Farmers’ Association is not only to avoid ‘negative’ nutrients such as fat, sodium or sugar, but also to actively seek a positive approach to nutrition and health through nutrient rich foods such as fresh mushrooms. Eating well is a better way to manage illness than medication.

Mushrooms are one of the highest ANTIOXIDANT foods on the market

In studies done using three different analytical methods to compare antioxidant levels in 30 of the most commonly consumed fresh products, mushrooms were placed in the top 5 every time.

Antioxidants protects body getting rid of free radicals cell damage & damage to DNA. Although the body produces its own antioxidants, it also benefits from additional antioxidants provided in the diet.

The antioxidant in mushrooms is ERGOTHIONINE and it is unique to mushrooms as it is actually produced by the mushroom itself. Plants or animals cannot produce it. ERGOTHIONINE is a stable antioxidant and a scavenger of strong oxidants; it plays an important role in combating the effects of many inflammatory diseases.

Mushrooms also contain relatively high levels of SELENIUM, also an antioxidant that is not found in plant products. A serving of mushrooms (100g) provides 22% of RDI. Selenium is a micro mineral also known to inhibit prostate cancer. 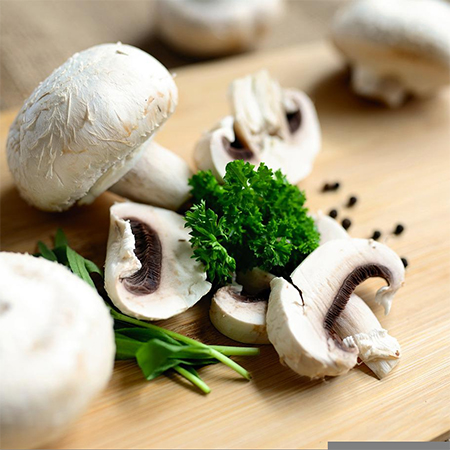 Mushrooms are not only high in antioxidants, they also enhance the immune system

In case of cancer a person can only benefit from a strong immune system: the body has to fight the cancer and in some cases also combat the effect chemotherapy has on body. The actual component in mushrooms known for its immune boosting properties is B-GLUCANS.

Mushrooms are a LOW ENERGY DENSE FOOD that can help lower calorie intake (it fills you up without filling you out ) to prevent obesity known as is a risk for breast cancer (BC). 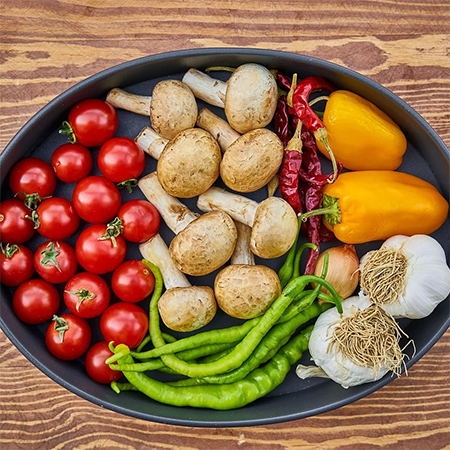 Mushrooms offer that block naturally: How? Mushrooms contain certain fatty acids that inhibit (block) enzymes involved in the biochemical pathway leading to the formation of estrogen, which feeds the tumor.

The findings above are part of the research carried out AT UNIVERSITIES in California & Australia.

In 2006 it was proven that mushroom extracts can reduce BC. Some years later it was quantified and documented that an average consumption of 10g of mushrooms per day (that’s equal to one white button mushrooms can reduce the chances of BC by more than half. 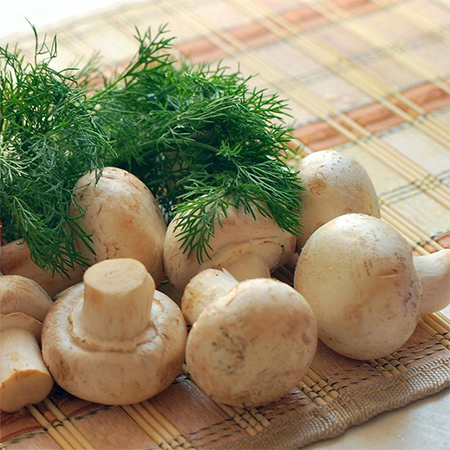 Umami-rich mushrooms are one of the best meat substitutes because they have a rich and meaty flavor that transforms veggie-based dishes into real food. Their meaty flavour and hearty texture is exactly what we all want. It’s also the ingredient we need to add if we want to stay lean and healthy. Mushrooms are fat-free and cholesterol free and are low in calories and carbs.

Meaty, nutrient-rich mushrooms are one of the good plant-based protein sources of protein. BUT If they contain only contain 3g of protein per 100gm… what’s the big deal?

The protein in mushrooms is unique making the type more important than the amount. Lectins, the common protein in mushrooms, have indicated anti-cancer properties & stimulate insulin production to control glucose levels. 70% of the protein is digestible which makes it a moderate quality protein (animal protein is 100% digestible) BUT the undigested 30% protein enters the colon and has health benefits in that it prevents pathogenic bacteria from adhering to the gut wall 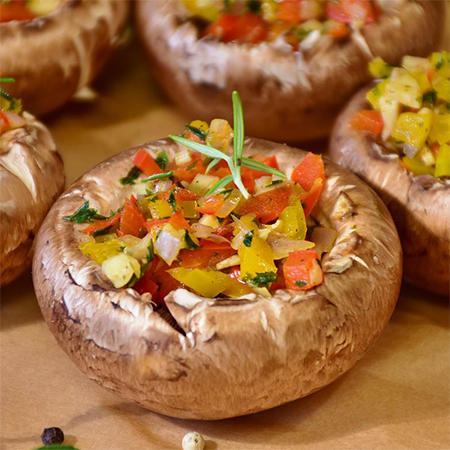 Mushrooms as a Superfood

This Superfood is also packed with B vitamins, contain essential minerals such as potassium, selenium, phosphorous and copper and provide small, but nutritionally important, amounts of iron.

What kind of Mushrooms are we Talking About?

The regular mushrooms on the supermarket shelf 365 days of the year. Grown by South African mushroom farmers; the big brown Portobello, the small brown Portabellini and the white button (the most commonly eaten mushroom around the world).