I recently posted an article on BPA and the hidden chemicals that might be lurking in your canned foods and bottled water and other drinks. Some chemicals - known as xenoestrogens - have the potential to cause serious health problems over time, as well as increase abdominal fat from the estrogenic effect. 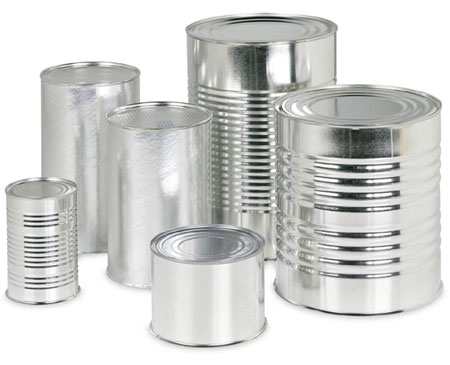 As previously mentioned, BPA can be found as a component of some types of plastic bottles, and also in the lining inside of canned foods. Since BPA is a known "xenoestrogen", it's been linked in animal studies (at surprisingly small doses) to all sorts of various health issues such as cancer, metabolic disorders, heart disease, diabetes, and fertility problems and birth defects or miscarriages... and of course, any xenoestrogens in large enough amounts can trigger your body to hold onto abdominal fat (aka - stubborn belly fat).

According to the Environmental Working Group (EWG), BPA was detected in the bodies of 95% of Americans in one CDC study (this is a worldwide issue though, not just limited to the US). This is nothing to shrug off either... look at this scary finding...

The Environmental Working Group reports, "analysis of our tests reveals that for one of every five cans tested, and for one-third of all vegetables and pastas (ravioli and noodles with tomato sauce), a single serving would expose a pregnant woman to BPA at levels that fall within a factor of 5 of doses linked to birth defects — permanent damage of developing male reproductive organs". If that didn't get your attention, how about this...

The EWG also reports evidence of... "An investigation demonstrating that low doses of BPA spur both the formation and growth of fat cells, the two factors that drive obesity in humans (Masumo et al. 2002)."

This is not surprising, since as I mentioned at the beginning of this article, BPA is a known xenoestrogen, and any xenoestrogens can contribute to what's been referred to as "stubborn abdominal fat" as well as cancer and other health problems.

It's also important to note that any canned tomato products (canned ravioli, pastas, canned tomato pastes, tomato sauces, etc) are some of the biggest offenders with the highest BPA concentrations due to the acidic nature of tomatoes, which leaches more of the BPA.

What steps can you take to minimize your exposure to BPA and it's negative effects on bodyfat and other health risks?

If you stick to most of these guidelines, you can help to protect yourself and your family from the health dangers of bisphenol-A (BPA). And you can also help protect yourself against the issue of "stubborn abdominal fat" that can be caused by the xenoestrogen effect of BPA exposure too... which I'm sure you'd rather avoid!

While the source of this article in Consol Glass, don't be fooled into thinking that canned foods are a more convenient option.