Why Is Everyone Talking About the Death Positive Movement?

The death positive movement focuses on addressing death and embracing it as the inevitable end that comes for us all. 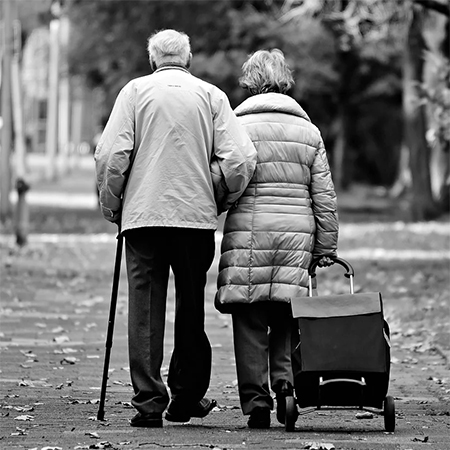 As the saying goes, there are two things in this life that are certain, death and taxes. The problem is that people try to hide the latter and shy away from the former.

When death is mentioned, people tend to make a U-turn in conversation and switch to something completely different. Thank goodness there are a couple of people who have taken the bull by the horn and are addressing death head-on.

What is the death positive movement?

The death positive movement focuses on addressing death and embracing it as the inevitable end that comes for us all. The movement is not there to make light of death or to make it obsolete, but rather to alter our way of thinking about it and remove the cultural stigmas around death.

The prominent views on death leave people awake at night and force them to worry about what they cannot change. The death positive movement enables people to enjoy the time they have left and squeezing the most out of every day.

Instead of suffering with a walker in the old age home, you could be cruising on a mobility scooter which you can order from Scooters ‘N Chairs and make your life better. Simply visit https://www.scootersnchairs.com/collections/mobility-scooters to order one of your choice.

So how does one become positive about death?

Generally, death is like the elephant in the room and brings with it a lot of discomfort. This is mainly due to people not facing the issue. The first step in overcoming this awkwardness is to rebrand death. Instead of the common depictions of gloom and morbidity, death is transformed through end-of-life doulas and death cafes, where people come together to talk about death and dying.

There are even modern apps that send daily quotes about death, reminding you that it is coming. By taking a neutral stance on death, people are able to see the value in everyday life and appreciate the day-to-day.

The positive mindset of death

Everyone who gets confronted with death is bombarded with the sadness thereof and trying to evade it at all costs. In America, the norm is that people will use up their life savings during their last six months alive on all manner of futile treatments to delay the inevitable.

Instead, more time should be spent on preparing for death and making the last couple of months or days as comfortable as possible. Just speaking about the difficult questions can bring comfort and remove the veil of uncertainty.

Modern culture is obsessed with life and the extension thereof. It is almost as if people live in ignorance of death and do not want to acknowledge that it is coming. That is why there is such an emphasis on the outsourcing of death and the professionalization of it.

As soon as there are signs of death approaching, people hand it over to caregivers and the like so that they do not have to face the reality of it. Death positive culture overcomes modern culture by taking time to prepare for death, being involved in funeral planning and preparing the ones who are left behind.

The pillars of the death positive movement

The first pillar of the movement is the acknowledgment of death and being open to it. This does not mean that it looks past the suffering, but rather that it places focus on the good things.

Education about death is another pillar and is aimed at bringing peace. People fear the unknown and the more time is spent on learning about death, the more at ease we can become. Lastly, the movement aims at bringing people together and encourages participation in all aspects of death.