There are vampires living in your home!

Did you know that there are appliances in your home that continue to suck power even when they're switched off? Certain appliances - even when switched off - aren't actually switched off.. they are in stand-by mode. In the past stand-by power wasn't too much of an issue, but growing awareness has increased and many manufacturers are restricting stand-by power. 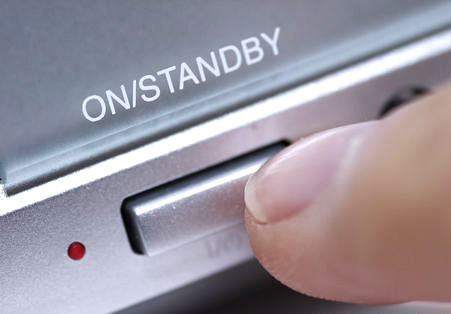 "Devices on stand-by consume electricity which must be paid for. The total energy consumed may be of the order of 10% of the electrical energy used by a typical household."  [wikipedia]

The 'vampire' effect is more applicable to older model appliances, since these can suck up to 12 watts and hour when in stand-by mode and, while new legislation requires that manufacturers limit stand-by power to no more than 1 watt, this is still energy that is being wasted for appliances not in use.

Here is a list of the top 'vampire' appliances in a home and how you can save money every month simply by unplugging these appliances.

If you only watch TV when you get home in the evening, imagine how much power is being sucked away. Make sure you switch-off at the power socket when not in use.

These are huge energy wasters and constantly suck energy unless switched off at the power socket. Most models feature LED clocks, messages that run across the display, and stand-by mode. Any appliance that has an LED display is sucking energy.

Another energy-hungry vampire in a home, these appliances can waste a huge amount of electricity. Switching off the unit only put it in stand-by mode and it's only when finding the main on/off switch on the unit that the unit no longer sucks power. Or again, switch off at the power socket.

Owners are the main culprits here, but PCs left switched on with screensavers floating around and laptops being left plugged in to charge suck whopping amounts of electricity. It's far more eco to switch these off when not in use, or when fully charged.

Again, like laptops, owners plug them in to charge and then forget about them until they're needed. Even if a charger isn't in use but still plugged in, it's sucking power out of your home. And while it might not be an issue on its own, when you add everything up even a small amount makes a big difference.

Appliances in your home office are just as much vampires as others in a home. Any appliance that has a lit stand-by light or LED display when not in use is still sucking power from your home. Check your printer, modem or other equipment and switch them off at the power source.

How to stop vampires

Investing in a few multi-plug adapters for your power outlet sockets means that you can effectively and permanently switch off appliances when not in use. Buy a model that has an on/off switch so that you know that everything is switched off when not in use. 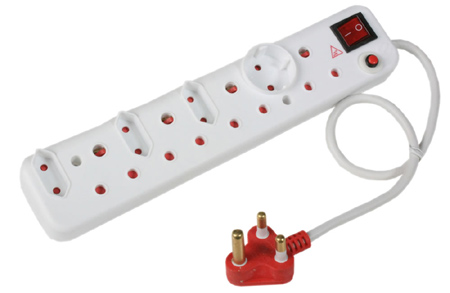 At the end of the day when you add it all up, vampire appliances are consuming energy when not in use - wasting money and adding to your carbon footprint. Do the right thing and switch off at the plug.