Where Not To Plant Trees - Any Type Of Tree

There has been a lot of activity in my neighbourhood lately, homeowners have trees removed that were causing damage to their property. 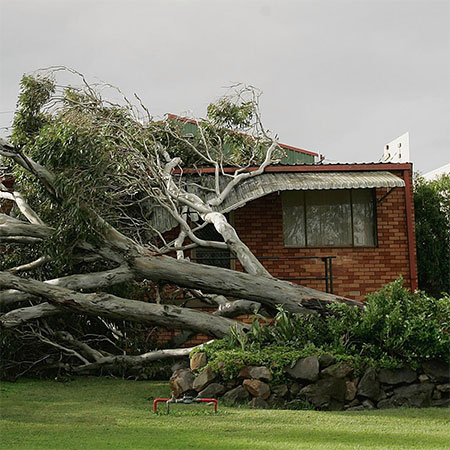 You may remember a few months back, I posted an article on damage done to my swimming pool pipes caused by tree roots. Since that time I have heard of several other people who have had to cut down or remove trees from their property due to the damage caused to swimming pools, foundations of a house, destruction of a brick wall and damage to sewerage pipes and water supply lines. 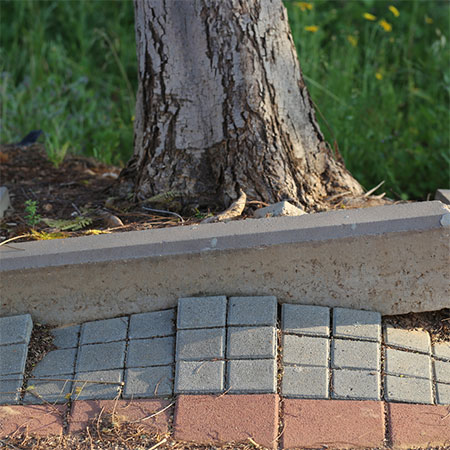 In all of these cases trees were the cause of the problems, but more than that, trees that were too big to grow in such a small garden. If I look outside my back window, there is a huge Acacia tree that towers above the surrounding double-storey homes. It reaches majestically into the sky and looks awesome. My neighbour's driveway and surrounding area does not look awesome. The roots from this tree alone have spread out and will soon reach the house and walls close by. Sadly, this is probably another tree due to be cut down in the future.

TREES TOO LARGE FOR GARDENS

The problem stems from the fact that, when we are new homeowners still green behind the ears, we don't give much thought to how big a tree might grow, only the estimated height. In the right surroundings, some trees far exceed the estimated height and the result of this can be seen in many homes around neighbourhoods where trees overreach the structure of the house, are too close to the structure, or too close to walls. 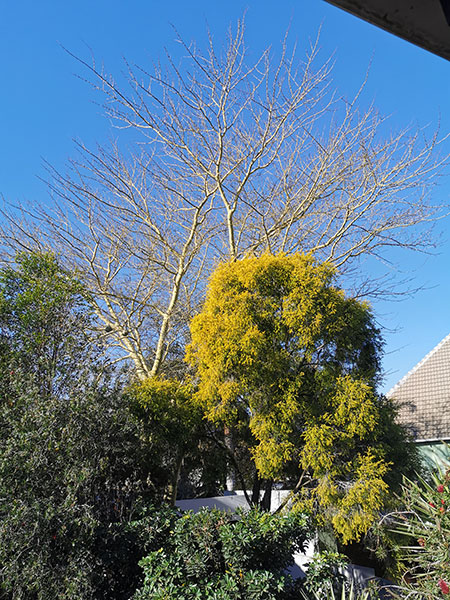 Garden Centres offer advice on suitable trees for a garden, and while we listen to the advice it's not always taken to heart. Sometimes there is a little devil on the shoulder that tells us to buy a tree because it looks stunning when in full flower, or has a beautifully sculptured form. I even know of people who have taken young trees from friends, Acacia and Jacaranda are two examples), which they have then planted in their own - small - gardens.

In my neighbourhood, when we first all moved in we swapped ideas and suggestions for what could be planted in the garden and I know several of us bought Brush Cherry (Syzygium paniculatum) and are now suffering from the effects of this. If I read the summation given on Google by a South African website that lists it as the Tree of the Week and states...

"Syzygium paniculatum is a popular ornamental plant in South Africa which is normally grown as a tree, shrub or hedge. Because of its shallow root system, the Brush cherry does not usually damage structures."

The Syzgium paniculatum shown below is shouldn't be considered an ornamental 'plant'. This particular tree has surpassed the height of the house next to it. 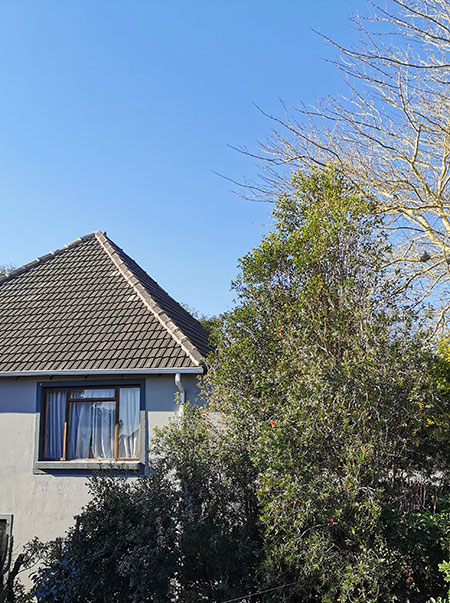 The three Brush Cherry trees in my garden have reached a height that is well over the height of the house and my garden was always littered with the pink fruits. Furthermore, this is the tree that reached out and damaged the pipes around the swimming pool. One friend has told me that he planted this tree in the corner of his property, unaware of the sewage line below at the time, and he has now had to fork out to replace all the pipes damaged by tree roots. 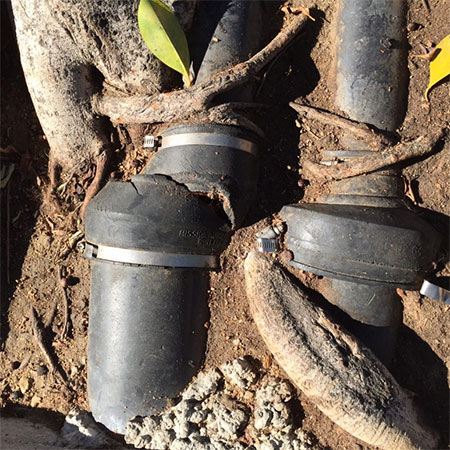 Tree roots can cause severe damage to foundations for any structure, including your home. While the roots of many small tree species might not be a problem, you won't know until the harm is done. For this reason, it is always better to do your research before buying any tree for the garden, whether in your garden or outside on the pavement.

Additionally, know where sewerage and water pipes are laid, both municipal and those leading into and out of your property. If trees on your property cause damage to municipal lines, you will be held responsible for all repair costs.

Tree roots push up against foundations, causing cracks and that is why you should be extra careful where you plant trees. 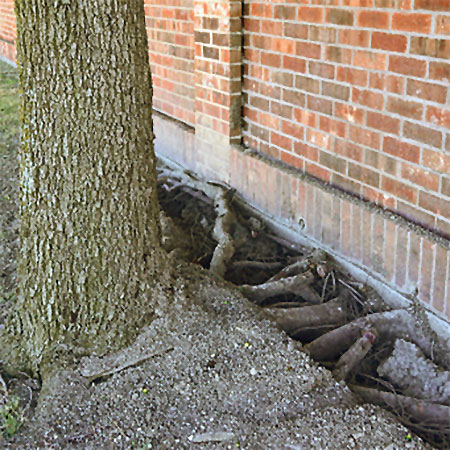