I have had problems with my swimming pool for over a year and finally got round to having this seen to this winter only to discover quite a serious problem. 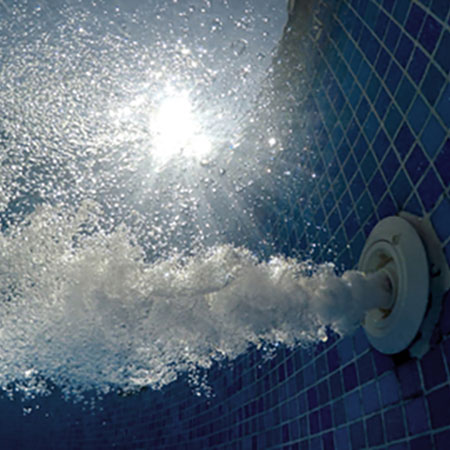 For the past year, our swimming pool has had a problem with air in the system. I have noticed quite a lot of air bubbles in the filter of the pump motor, a lot of bubbles coming from the outlet valve, and a lack of pressure when attaching the pool cleaner. Having checked all the seals and connections, nothing faulty could be found and I couldn't quite decide what needs to be done next.

It was becoming a problem to run the pool cleaner, due to the fact that as soon as it was connected, the pressure would drop so much that the creepy wouldn't even clean the pool properly.

After doing quite a bit of research and looking into all the possible problems, the only thing I could think of as the problem was a hole somewhere in the pipes. 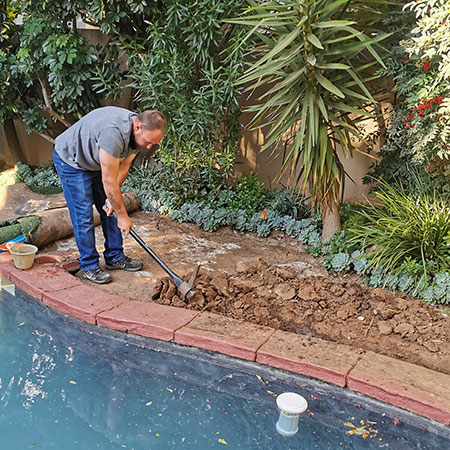 A local handyman I know was asked to come out and investigate the problem, which resulted in all the pool pipes being dug up along one side of the pool where the inlet, outlet and water feature pipes are located. Luckily for us, we don't have real grass down the one side of the pool, it is artificial lawn, so not likely to be damaged by rolling it up and putting it out of the way. 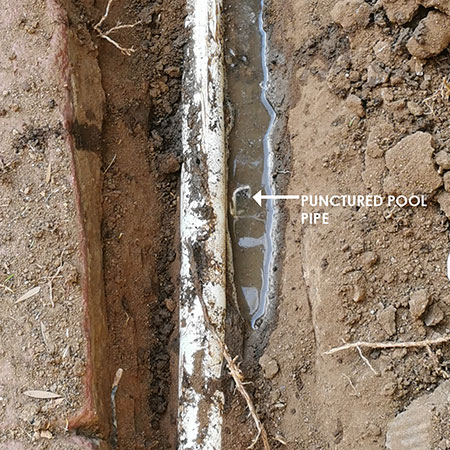 Not knowing exactly where the pipes were located, it was necessary to remove the soil to try and find the pipes. This, unfortunately, resulted in putting a hole in one of the pipes and flooding the area with water before quickly blocking the inlet and outlet pipes with plastic bags. 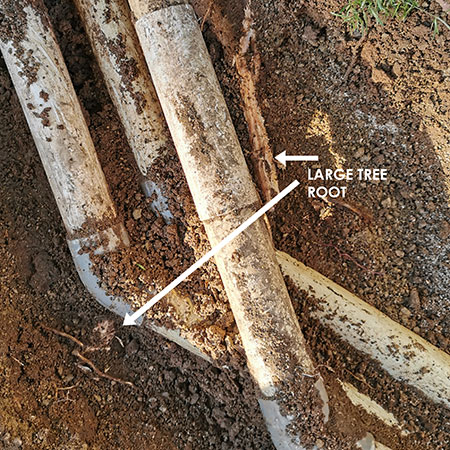 Further digging also revealed quite a few tree roots that were growing in and around the pipes, and one root, in particular, was discovered to have been causing the problem. It was quite a large root that was growing alongside and under the pipes and had reached such a thickness that it was forcing the pipes to bend awkwardly. Because of this, one of the joins on the pipe leading from the pool weir to the pump had cracked and this was the cause of the air getting into the system.

As soon as the pool cleaner was attached and the suction increased, this crack was pulling air into the pipe and causing all the problems with air bubbles.

The tree root, and other small roots, were removed as far back as possible to prevent re-growth, and the damaged join cut away and replaced. 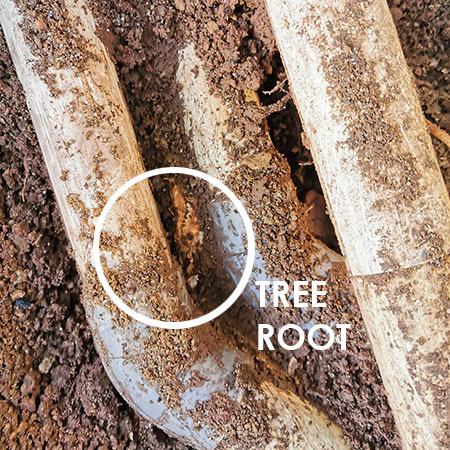 It is so easy to overlook the damage that trees can cause to swimming pools. Or if not damage, the hassle they can bring to keeping a pool clean.

Leaves and debris from trees that overhang a swimming pool can quickly become a nuisance by blocking cleaning nets and weir baskets, especially in the Autumn when these trees shed their foliage, but also at other times during the year if the trees have blossoms or fruits. 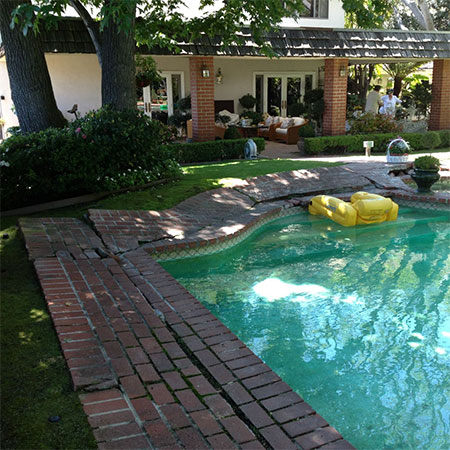 After discovering the tree roots were the cause of my problem, more research into this revealed that I'm not the only one. Tree roots can cause extensive damage to pool equipment, fibreglass pool linings, and pool surrounds. If you already have trees planted around a swimming pool and have started to notice problems, it is probably time to investigate before the problem worsens and becomes more expensive to repair. 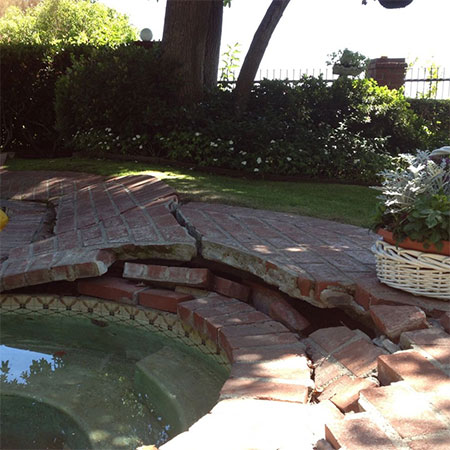