The world's most beautiful object

This timeless design, created by Dominique Imbert in 1968, was the first suspended, 360° pivoting fireplace. It was revolutionary as much for its technical design as its ground-breaking style. 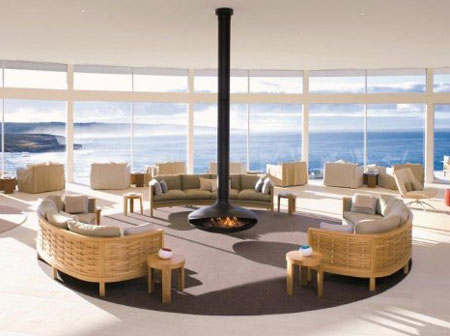 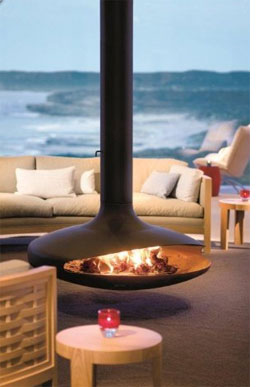 Dominique Imbert dreamt of a fireplace that could heat his home, which at the time had neither a roof nor windows that closed. He sought something light that moved like a cloud. He prayed to the gods of the sky. He kept praying.

To his amazement, a flying object with a fiery centre appeared, hovering over the opening in his roof. With the help of some strong ropes, he managed to lasso it and pulled it down to eye level. He began to play with it, making it spin like a top. With this he rejoiced; the Gyrofocus was born. 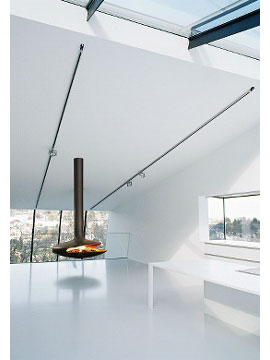 Its ease of installation, made-to-measure flue and its heat efficiency have all contributed to make this fireplace a signature model. This international classic has been exhibited in the Bordeaux Contemporary Art Museum (1996), the National Centre of Contemporary Art in Grenoble (1997) and in New York's Guggenheim Museum (1998). In 2009, it won first prize in Italy's Pulchra design competition, in which 74,425 international online voters chose the Gyrofocus from a selection of 100 designer objects as the 'World's most beautiful object'. 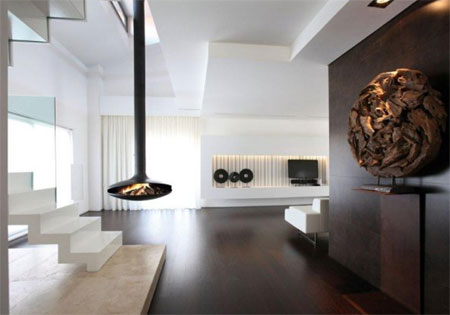