All the winners! Best of design awarded at Decorex Cape Town

The Decorex Cape Town 2022 awards celebrate the designers and businesses that are reimagining the future of the industry. 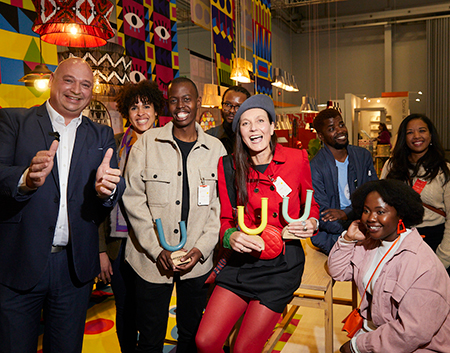 Turning out in force to welcome the return of Decorex Cape Town after a two-year break, a significant crowd of VIP guests - including guest speaker Alderman James Vos of the City of Cape Town, who is the Mayoral Committee Member for Economic Growth - gathered for the official opening of the Mother’s City’s leading decor and design show on the evening of 16 June 2022. The evening was crowned with the announcement of several new industry awards, in keeping with the show’s reimagined approach.

The Decorex Cape Town 2022 awards celebrate the designers and businesses that are reimagining the future of the industry. These awards promote the appreciation of excellence, by paying tribute to the stands, products, services and people that are driving innovation.

The BUILD AWARD is for the exhibitor who has dramatically realised the potential of architectural materials, and spatial orientation in a design scheme. The judges chose Arc Modular as the winner because the concept executes compact living well, through refined finishes and collaborative furniture pieces that serve to elevate the space.

The KITCHEN AWARD is for the exhibitor who has incorporated functionality, sustainability, aesthetics and innovation into this hard-working heart of the home. SPECIAL MENTION in this category went to Caesarstone for its recent addition of outdoor surfaces that usefully extends the indoor range. The judges chose The Trend Kitchen by Cosentino and Numu Kitchens as the winner because of the stand’s modern lines and slick finishes that elegantly incorporate oak and greenery. 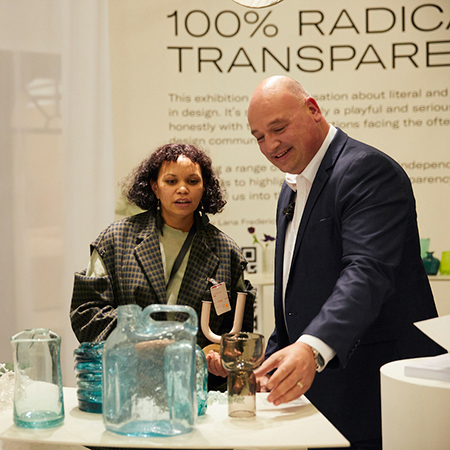 The REIMAGINATION AWARD is for the exhibitor who has most holistically encapsulated this year's theme of reimagination and has demonstrated what it means to adapt, rethink and redefine the future of design. The judges were looking for ethical design practices and a designer who is creating meaningful change.

The judges chose Her Perspective as the winner, not only because of the interesting way in which the stand was designed, but because the content shares a wonderful revisionist approach that serves to highlight female architects. “It changes your focus,” was the assessment the judges made.

The COLLABORATION AWARD is for the most successful example of co-creation and this is awarded to the team that has best realised the creation of space for the ideas of others. This is about working together, sharing the same vision, collaborative values and execution, and their co-achievement in transdisciplinary exploration.

A SPECIAL MENTION went to Okra Candles, for a reimagined product range and an innovative use of wax on 100% Chair in collaboration with THEFOURTH, as well as the room divider on 100% Weave.

The judges chose Clout/SA as the winner because the entire stand is a collaboration between many designers and the products showcased are also produced collaboratively, in a way that allows rising young designers to advance their careers and access the market.

The NEW TALENT award goes to the most prominent new voice in the design world. It recognises an emerging designer’s vision, tenacity and potential to contribute to the industry in a positive way.

Siviwe Jali from Clout/SA was chosen as the winner because his aesthetic approach is fresh and unique, with a promising sense of scale and proportion. “His lights in particular are beautifully realised,” commented Brick.

The SUSTAINABILITY AWARD recognises significant advancements in the use of low-impact materials in both manufacturing and further consumption. The award was given to the Garage of the Future, Progressed by Audi, for the Audi E-tron electric car itself, to all the materials and furniture pieces used on the stand, which were sourced by Donald Nxumalo.

The DESIGNER OF THE YEAR award goes to the designer who has produced consistently outstanding, original and impactful work. This designer understands the demands and culture of our time and is designing for now, next, and when we are gone.

SPECIAL MENTION was given to Haldane Martin for his consistent excellence, quality and strength of vision – he is a leading light for many in the industry.

The winner is Thabisa Mjo. She is the only south African designer to have had pieces included in the permanent collection of the Museum of Design in Paris and she is consistently one of the largest exporters of South African design through the Nando’s Portal to Africa, facilitated by Clout/SA. Very recently, in mid-June 2022 the renowned Pompidou Centre in Paris acquired Mjo’s Hlabisa Bench, a collaboration between the designer, Houtlander, and master weaver Beauty Ngxongo.

SPECIAL MENTION went to the Njano Restaurant by Cassandra Twala of moea design Studio for scaling beadwork to give contemporary impact. The restaurant’s bold colour palette was supplied by Plascon.

The judges chose 100% Radical Transparency curated by Lana Fredericks as the winning stand because it transports the viewer into a contained world, and intrigues them when there, by showcasing inspiring products from a range of top local glass designers, artisans and artists. The intention behind the display is to spark conversations about transparency in the design industry.

View the winning stands and stand-out pieces at the show, which runs until Sunday 19 June 2022.

Not in Cape Town? There’s no need for #FOMO. Decorex Joburg comes to the Sandton Convention Centre from 28-31 July. Get the inside track via decorex.co.za.