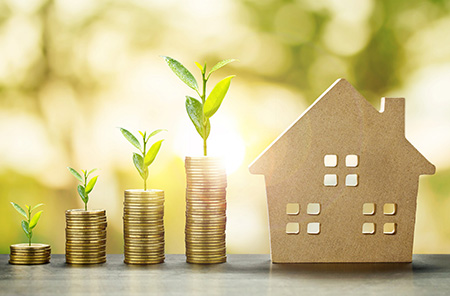 Timber construction, most often seen as a luxury investment available only to the wealthy, represents low-hanging fruit for public and private sectors invested in lessening – and mitigating – their environmental impact.

Timber construction is a traditional, yet modern method of building sturdy structures that are both pleasing to the eye and can play a profound role in mitigating greenhouse gas emissions. It offers the homeowner and property developer in the know an environmentally intelligent building option that has been tried, tested and has performed exceptionally well over centuries.

"Timber construction brings tremendous value to all players along the value chain, right from the forestry sector through to the homeowner. Timber homes offer incredible design flexibility, quick construction time, excellent insulating properties, a highly competitive strength-to-weight ratio, legitimate consideration for the environment, and are built to last," comments Slabbert.

While the myriad benefits offered by timber construction are becoming better known to both the trade and the public, there remain a few misperceptions around this building methodology that fuel the misunderstanding that building with timber is far less accessible than it really is. Among these is the notion that accessing finance to build a timber frame home or structure will not be easy, if not impossible.

According to the Institute for Timber Construction South Africa (ITC-SA), "Major South African banks have the same approach to financing a timber frame home as they do a brick and mortar home. If the applicant qualifies for a bond in line with the financial institutions’ basic credit requirements and the structure is built according to all national building standards and regulations by a qualified timber frame builder, you will get a bond to build or buy a timber frame home."1

"The application procedure for applying for a bond to build or buy a timber home or structure is thus exactly the same as applying for the same on a brick and mortar structure. The only exception is that an ITC-SA membership certificate, denoting the builder’s competence in the practice of timber frame construction, as well as a registered engineer’s certificate confirming that the structure has been built to standard, will need to be provided," says Slabbert.

When it comes to accessing finance to buy an existing timber frame home, there are a few obstacles that can hinder the endeavour. "Timber home valuation should be as standard as evaluating any other type of home, but given the current market share of timber construction due to its exclusivity, it is not surprising that there is some room for improvement," Slabbert comments. "Some of the challenges faced when having a timber home valuated include the fact that many people do not understand the construction method, know how to identify the attributes of a home built in strict accordance with SANS 10082, or appreciate the difference between a high-value timber structure versus a low-value structure, like a Wendy house," he explains.

"But these challenges are easily overcome with the help of a professional body like the ITC-SA, who can provide an inspector qualified to evaluate an existing timber home to ascertain whether or not it has been built to standard. Further to this, the ITC-SA can also provide a list of registered timber frame builders and engineers that understand, and are competent in their professions in relation to, timber frame building," Slabbert assures.

"With timber construction and the local authorities, it’s business as usual as compared with any other construction type. In this case, a homeowner will need to ensure that the plan for the build specifies SANS 10082. Local authorities across South Africa will approve and pass a timber frame home, but they must of course be shown to be compliant with the necessary regulations," comments Slabbert.

"The only situation where one might lawfully experience any resistance regarding building a timber home would be in the case of a housing estate, where there may be an architectural committee in place to dictate construction design and materials. This is usually done in an effort to maintain the overall aesthetics of the estate," says Slabbert, adding, "Likewise, when considering building a timber home, it’s also important to have a similar approach and consider how the structure will fit in with its environment; a log home in the city centre, for example, will not only look out of place, but the return on investment over time may be quite limited, given the contextual misfit."

South Africa’s Carbon Tax Bill, which is yet to be promulgated, was ‘designed to provide a price signal to producers and consumers of carbon intensive products, creating an incentive to invest in cleaner technology and reduce emissions.’3

"While energy-intensive industries may be feeling a measure of discomfort from the pressure of the impending Carbon Tax Law, which now looks to come into play by early 2018, this is an opportunity for these sectors to innovate and take confident, environmentally lighter steps towards a more sustainable future," says Slabbert. "The Bill signals South Africa’s approach to honouring its Kyoto commitment and, once in full swing, will usher in renewed and enhanced engagement with the green economy. Industry will not only have to adapt how it operates, but it will have to explore new avenues in mitigating its carbon emissions," he points out.

"Timber construction, most often seen as a luxury investment available only to the wealthy, represents low-hanging fruit for public and private sectors invested in lessening – and mitigating – their environmental impact; timber-built staff housing and public buildings are just two such examples of how big business and government could offset their greenhouse gas emissions – and resultant carbon tax burdens – through essential infrastructure. This makes timber building not only financially viable, but a financially imperative enquiry for both the public and private sectors," remarks Slabbert.

"The impending Carbon Tax Law represents a necessary impetus for the shift in attitude towards a greener approach to doing business and is poised to make a significant impact on the local green economy. Consumers and the trade will become ever better informed – and make better choices – about their impact on the environment and as such, the timber construction and supply industries, from plantations and sawmilling to construction and carpentry, are well-positioned to be leveraged to, quite literally, build greener homes, businesses and public buildings. The potential opportunities for job creation, globally transferrable skills development and profitable off-shoot micro-enterprises are innumerable. Not least, a healthier green economy will see an upswing in international investors, who will look more favourably upon a nation interested in taking care of its environment – and people. And this is just the beginning," Slabbert notes.

"While there still exist a few misconceptions around the viability of financing timber construction, these will slowly but surely be eroded through education, awareness, and, most notably, through legislation that will make a turn to greener construction methods not only a viable prospect, but an essential aspect of sustainable business, government and lifestyle practices that respect South Africa’s commitment to lowering its greenhouse gas emissions," Slabbert says, concluding, "At a challenging and critical moment in South Africa’s economic and political trajectory, the time is ripe to do right; by the economy, the environment and ordinary South Africans. Never before has it been quite so economically attractive to do the right thing."