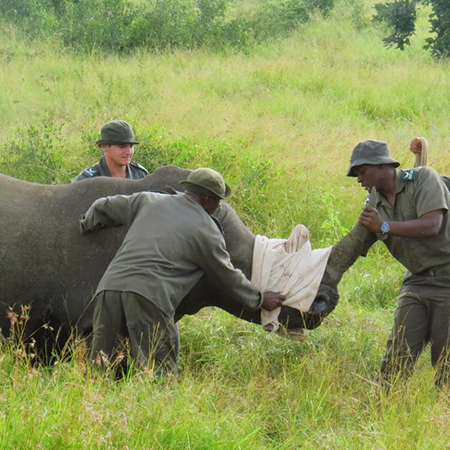 Despite extensive efforts by anti-poaching organisations, 5 000 known rhino have been poached in South Africa over the last eight years. Saint-Gobain Gyproc, manufacturer and marketer of gypsum-based plasters, ceiling systems and interior walling systems for the residential and commercial markets, will donate R1 million each year over the next three years, as well as a percentage of sales from its RhinoBoard and RhinoLite products, furthering its contribution to safeguarding the rhino population.

"We know that although the rhino is a symbol of strength for today, it may be gone forever tomorrow. That is why we want to make a difference and we hope that by supporting the SANParks Honorary Rangers and communicating the importance of its cause to our customers, we can add Saint-Gobain’s voice to conversations about rhino conservation in South Africa," says David Anderson, Saint-Gobain Sub-Saharan Africa General Delegate and CEO.

Despite the valiant efforts of SANParks to stop the brutal slaughter of South Africa’s rhinos, the safety of rhinos is still in jeopardy. The latest sponsorship from Saint-Gobain will go towards training and buying much-needed equipment in the field for rangers, and for support of the Air Wing and Veterinary Wildlife Services of SANParks to combat the threat of rhino poaching. 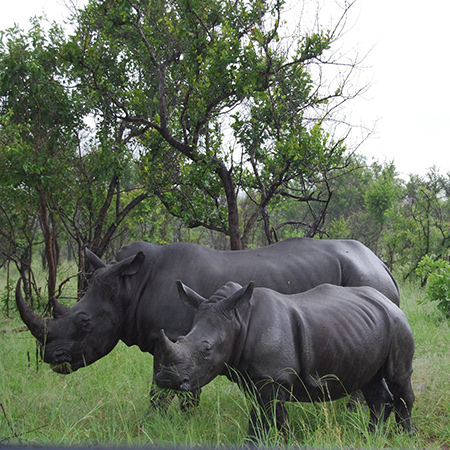 "We are honoured to have Saint-Gobain’s support in our efforts to fight rhino poaching in South Africa. Everything we can add to our current projects goes towards increasing our endeavours in the rhino conservation space and we are grateful for Saint-Gobain’s long-term commitment to and involvement with SANParks," says Louis Lemmer, Chairperson of SANParks Honorary Rangers.

To find out more about Saint-Gobain Gyproc SA’s conservation commitment, visit the @GyprocSA Facebook page or tweet them at @GyprocSA using the hashtag #GyprocLovesRhinos. To support the cause, purchase any Saint-Gobain Gyproc RhinoBoard and RhinoLite product and look out for the SANParks Honorary Rangers endorsement logo to ensure you are buying an original product and contributing towards rhino conservation.