Imagine a fire breaking out in a densely-packed shopping centre. Are you sure you know where the nearest emergency exit is, or even if that particular shopping centre has the necessary equipment and evacuation planning in place? 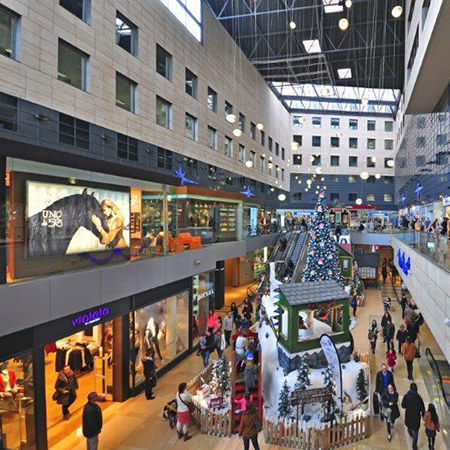 With about 13 shopping centre fire-risk evaluations under his belt to date, Michael van Niekerk, CEO of ASP Fire, is well-placed to comment on the regulatory and health-and-safety requirements for smaller shopping centres in particular, such as strip malls. He comments that the main reason that many of these smaller malls are not compliant is either because they were built a long time ago, or have had tenants leave and new ones move in.

The average shopping centre is very much an environment in flux, van Niekerk adds. However, if anchor tenants occupy a space in excess of 2 500 m2, then sprinkler systems have to be installed. Another problem in terms of fire risk is that, with constraints on storage space, retailers often exceed the stacking-height limitation. "We also find that basic requirements such as the correct number of fire hydrants and fire-hose reels are not adhered to."

Even if fire-hose reels have been installed, the length of the hoses themselves is often inadequate, especially if the effective radius of the reel is obstructed by racking and shelving, for example. Proper fire-detection systems are therefore the first, and best, line of defence for shopping centres in terms of fire prevention. 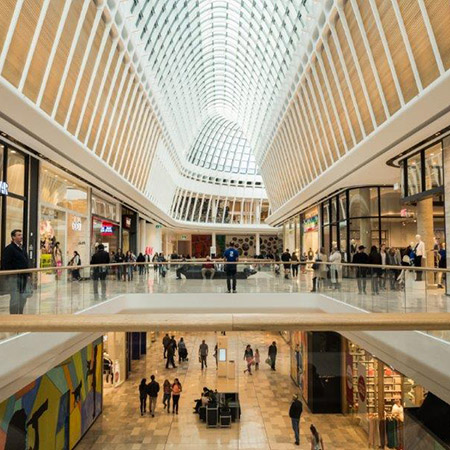 "If you do not detect a fire in time, and cannot evacuate people fast enough, it can be a major issue resulting in fatalities," van Niekerk warns. Shops larger than 250 m2 in area are required to have manual fire-detection systems in place, while shops in excess of 500 m2 require automatic fire detection and emergency evacuation systems. This also needs to be linked to the shopping centre’s building management system, so that patrons and other tenants can be forewarned timeously in the event of any emergency.

Even if such systems are installed, the fire panels are usually either faulty, or the emergency indicators are ignored. This leads to the critical issue of smoke ventilation, which is mandatory for any enclosure larger than 500 m2. It is essential that such smoke is contained to at least 2.5 m above the highest occupied level, in order to allow evacuees to see where they are going, and for there to be sufficient oxygen as well.

Van Niekerk points out that the recognition time for a fire in a shopping centre ranges anywhere from 30 seconds to five minutes. This means that clearly-demarcated evacuation routes are essential. Buildings without sprinkler systems have to allow for evacuation within 45 m, while the common escape path in multi-storey buildings is 30 m. This escape path increases to 60 m in buildings that are equipped with sprinkler systems.

Emergency routes have to have concrete floors and roofs and brick walls, with fire doors giving access to these protected thoroughfares. Buildings of more than three storeys require two emergency exit routes. If a designated area has more than 60 occupants, push-bar panic bolts are needed for such fire doors.

Van Niekerk highlights that such emergency doors are often either locked, or protected by additional security doors that themselves are locked, thereby preventing escape in the event of an emergency. It is a legal requirement that such exits remain unlocked or, if they are locked, can be opened with a single movement. Security doors may be installed, but have to be locked in the open position while the building is occupied. Another hazard is that emergency exits are often used as areas for storage overflow, while in-store branding can obscure emergency signage.

"We also find that occupants tend to respond better to a verbal command than what to a siren, which means it is an excellent idea for a shopping centre to have a functional public-address system in place," van Niekerk points out. In addition, it is important that all staff are trained in emergency evacuation procedures, and familiarise themselves with the general layout of the shopping centre so they can assist evacuees in the event of an emergency.

Another regulation is that shops within malls are to be separated by fire walls, which have to extend to the underside of the roof itself. In terms of glass shopfronts, the glass edges have to be separated by at least 1 m to prevent flames from jumping the gap between shops. "Shops often do not comply in this regard because they are simply separated by dry walling, or brick walls that extend to ceiling height," van Niekerk points out. Any ceiling voids higher than 800 mm require fire-detectors to be installed if the shop is equipped with a fire detection system, as well as void sprinklers if there are sprinklers installed in the mall.

If you have any queries with regards to the above you can contact Michael van Niekerk on 011 452 2169 - Email: michael@aspfire.co.za or visit www.aspfire.co.za. 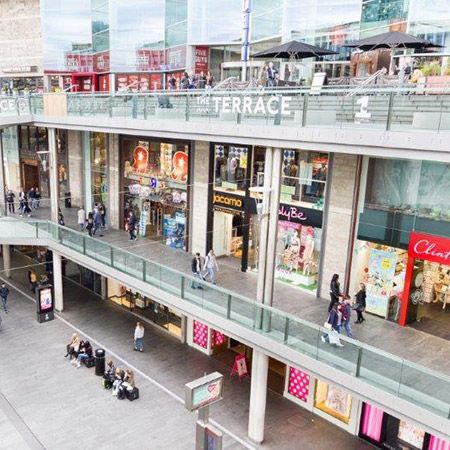