This year, the PPC Imaginarium Awards has assembled an extraordinary group of some of the industry’s most influential and outstanding creatives on the national and regional judging panel, who will evaluate the various category submissions, choose category finalists and the overall winner. 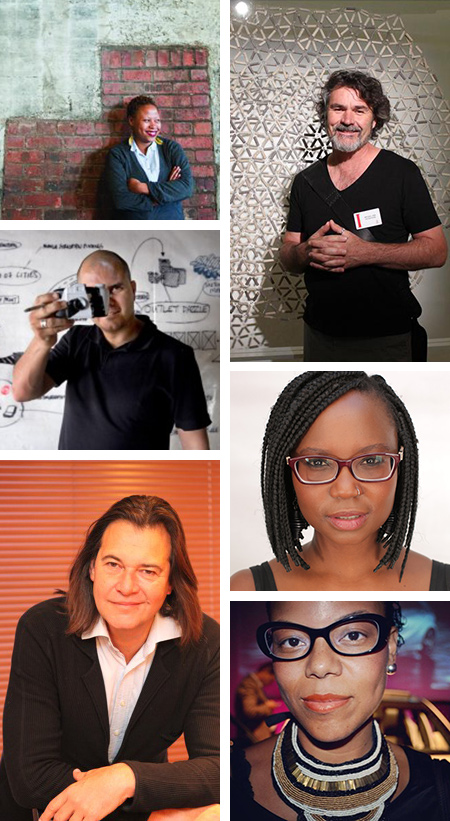 The PPC Imaginarium Awards was established by PPC Ltd as a means to give emerging designers and artists the opportunity to showcase their talent and creative thinking by using cement as their primary medium. Now in its third year, the competition is the most supportive of its kind in the country and has seen many of its past entrants and finalists go on to become recognised in the art and business community.

The PPC Imaginarium encompasses six categories, namely, architecture, fashion, film, industrial design, jewellery and sculpture. This year, the competition has assembled an extraordinary group of some of the industry’s most influential and outstanding creatives on the national and regional judging panel, who will evaluate the various category submissions, choose category finalists and the overall winner.

Fashion and design consultant Allana Finely, will fill the role of judging the fashion category and that of national judge. Hailing from Philadelphia, Pennsylvania in the US, Finley has worked on fashion brands such as Eileen Fisher, Tiffany & Co. and Gucci America, and is currently a board member of the Museum of African Design. Over the past 13 years, her focus has been on telling the story of the African continent in innovative ways through fashion, design, television and film production. Joining her on the national judging panel is architect Daniel van der Merwe and curator Stephen Hobbs.

The film category panel sees the return of award-winning filmmaker Wessel van Huyssteen as a judge. Over the past 11 years, Van Huyssteen has conceptualised, proposed, produced and directed scores of inserts for various programmes broadcast on SABC, e.tv and M-Net.

Joining him on the film judging panel is award-winning filmmaker Rethabile Molatela, who produces and directs films for Rififi Pictures. Molatela has just produced her first feature film, Vaya, which was directed by acclaimed actor and director Akin Omotoso and screened at the 2016 Toronto Film Festival.

Other notable artists and industry experts on the judging panel include award-winning artist Ndikhumbule Ngqinambi who serves as a member of the board of trustees at Greatmore Studios, an art studio in Cape Town which serves as a creative hub for artists; Igsaan Martin, a director of the world-renowned contemporary art gallery, Gallery MOMO Cape Town; Tshwane University of Technology Art Theory lecturer Pfunzo Sidogi; University of the Free State Fine Arts lecturer Adelheid von Maltitz; painter, sculptor and a graphic artist Thami Jali and art curator Zanele Mashumi.

The judging process consists of three phases. The first phase is based on entrants’ written conceptual proposals to determine who makes it to the production phase. The second phase of judging, in which regional judging takes place and finalists are chosen, will be based on physical submissions. The finalists will then be judged in the third and final phase at the national level.

The winner of each category will receive a cash prize of R50 000, with runners-up walking away with R15 000. The overall PPC Imaginarium Awards winner will receive the grand prize of R100 000.

The category winners and overall competition winner announcement will take place at the Association of Arts Pretoria on 11 March 2017.

For more information about the competition and the judges, visit the PPC Imaginarium Awards website at www.ppcimaginarium.co.za