With load shedding already a reality in several parts of the country, Eskom has now implemented stage 2 load shedding in Johannesburg - just in time for Christmas!

This year, many people around the country will be having Christmas by candlelight, with the announcement that Eskom is implementing stage 2 load shedding with immediate effect.

Eskom has called for residents and businesses to use electricity sparingly during the stage 2 implementation period. During the day everyone is asked to switch off geysers and pool pumps, as well as all non-essential electrical appliances.

Eskom clients can view the load shedding schedules on the Eskom website, while those receiving power from a local authority can get in touch with City Power or their local authority. 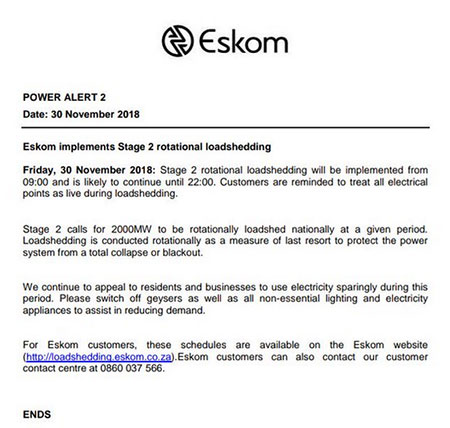