Are you covered for power outages?

With the recent spate of loading shedding experienced around the country, one problem has come to light that is proving a bane for insurance companies. Having access to schedules for planned load shedding is all fine and well, but also turning into a boon for criminals. 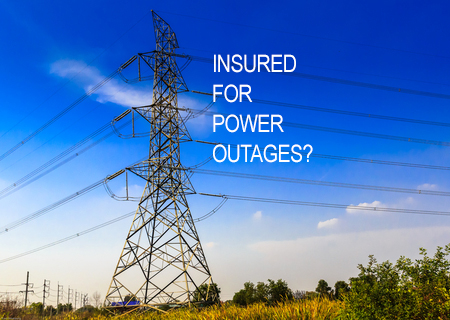 With crime on the increase during load shedding, criminals are taking advantage of online posted schedules to target specific areas. Secure in the knowledge that most security systems rely on electricity, and that battery back-up normally only last a couple of hours, burglars are planning their crimes by checking online power outage schedules for target areas.

According to MoneyWeb, in the early hours of Monday morning, burglars broke into a secure office complex in Bryanston and helped themselves to 23 Apple Mac computers, worth R600 000. Load shedding had rendered an electric fence, electric locks and alarm system useless.

In the knowledge that most security systems run on electricity and battery back-ups generally last only a few hours, criminals are planning their break-ins during power outages, said Tim Lazarus, Genesis CEO. Lazarus also said three of six insurance MDs he spoke to say theft as a result of a dud alarm system caused by load shedding is not technically covered and they "cannot be blamed for Eskom’s shortcomings".

Another serious downside to power outages is power surges. The may occur when the power returns after an extended outage and send a dramatically increased flow of current to a wall outlet or electrical box. Power surges are frying appliances countrywide. Lazarus said Genesis was getting five or six power surge claims a day.

Insurance company, MUA Insurance Acceptances said that a power surge in the home of one of its clients blew up his electricity board and started a fire causing massive damage to his home. Managing director, Christelle Fourie said the property was substantially insured and, while the laim was still being assessed, she estimated it could be in the region of R2 million.

Since the introduction of rolling blackouts back 2008, Fourie noted that a number of insurance policies had restricted or offer no cover for power surges. "While certain insurers do still offer cover -  for how long can it continue?", she asked, having recently paid a R750 000 claim for damage to audio visual equipment as a result of a load shedding-induced power surge.

Power surges were often covered under ‘Accidental Damage’ in an insurance policy, but within relatively low limits (around R10 000 to R30 000). With clients submitting claims in excess of R250 000 for a client’s home theatre system fried to nothing, insurance companies are assessing the situation. Loss from power surges and theft as a result of load shedding were not risks that insurance companies had priced for and these events may soon become uninsurable.

Who will cover theft or damage caused by power outages?

Hollard Insurance stated it would pay personal and commercial lines claims if alarm systems were armed and operative before load shedding, and the failure was as a result of load shedding. However, they would consider not paying a claim if the alarm failure was due to neglect.

Similarly, Outsurance said it would pay claims, stating that  instances where the client had no control over the circumstances, they would settle.

For those not able to afford back-up generators, burglar bars should be considered and proper power surge protection installed in homes.

If in any doubt as to whether or not your insurance company will cover theft or loss due to power outages, contact them directly.

Moneyweb is awaiting responses from Eskom as to whether it will accept any liability from insurers or policyholders as a result of load shedding-related theft and power surge claims.