Providing Building Blocks on the Continent

The race is on for those companies and brands that not only have a value proposition to enable growth and development on the continent. Builders embarked on its African expansion in 2011 and is about to open its seventh store on the continent and the third store in Mozambique on 13 April 2018 in Marginal. 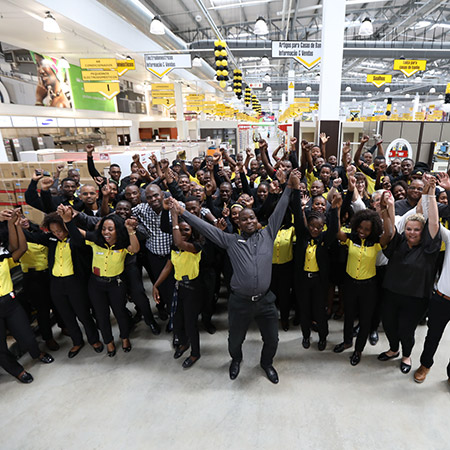 The journey began eight years ago with the clear intention to expand into those countries that were accessible via road. "From a logistics perspective, we only had one RDC (regional distribution centre) in Johannesburg, so we identified our northern neighbours for the first store as there was a gap in the market and it was most accessible," says Karen Ferrini, Builders director of Africa and Superstores. The store in Gaborone, Botswana was opened in September 2011 and was followed by stores in Mozambique and Zambia over the next few years.

Builders’ performance for the 52 weeks ended December 2017 was the best in the South African DIY and Home improvement market and Builders has no intention of slacking the reigns as it forges ahead with its international growth. "Our strategy has always been to create critical mass in a country as opposed to having just one store in many different countries," explains Ferrini. "The potential of Africa is largely untapped and we aim to position ourselves as the supplier of choice for quality construction, home and DIY materials in strategic markets. So, for now, we are busy in Botswana, Mozambique and Zambia, but we definitely have our eye on additional locations which are also governed by our major shareholder, Walmart".

The expansion of two other RDCs in Cape Town (June 2014) and Durban (August 2015) has given rise to access to ports which opens new markets on the continent.

"Whilst store formats may look the same, there is definitely a different culture in each of the countries which we embrace and love," enthuses Ferrini. This is largely due to the fact that all African stores are managed and staffed by local individuals ensuring that job creation and community development are paramount features of each store. "We aim to be the store of the community and it’s central to our philosophy of helping people build better lives," explains Ferrini.

So, what’s next for Africa? "With sea freight access, we have identified East Africa as our next territory" says Ferrini. Builders is well on its way to establish an African footprint that will play a role in facilitating the infrastructure development and maintenance that is critical for future sustainability and prosperity.