There is definitely some confusion between the terms 'window tinting' and 'window film' and we asked an expert window tinting company to explain the difference between these two window treatments. 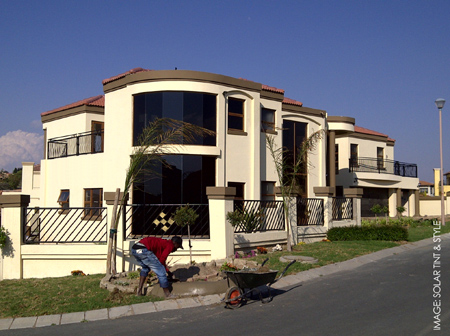 A ‘tinted window’ may be more strictly defined as a glass panel to which a ‘window film’ has been applied and the term generally applies when referring to the windows of a car, van or other type of vehicle. ‘Window film’ is reserved for residential or commercial applications even though the materials and process are identical.

Additionally, window tinting does not necessarily require a glass panel to undergo any chemical treatment, ‘firing’ or ‘glazing’, whereby, the intrinsic physical properties of the glass will be altered or changed in any way.

Yet, it’s surprising how so many people still confuse window tinting with glass glazing. 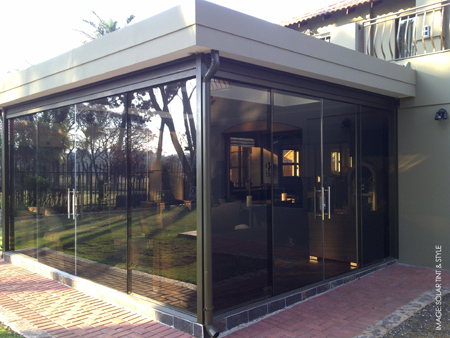 So what exactly is window tinting?

A window tint or window film consists of a scratch resistant laminate of strong polyester and metallic coatings bonded together by adhesives with the adhesive side applied to the interior surface of the glass. A precise specification for solar, safety or security applications will determine the film thickness alongside design considerations relating opacity, colour and pattern, etc.

And what happens during glass glazing?

During glass production itself, iron can be added to the molten glass (giving a characteristic green colour), which will absorb both infrared and ultraviolet radiation, as well as some of the red and blue wavelengths. The elements, titanium or cerium (both, silver), can also be sometimes added to glass to further block out UV light. Other elements used for aesthetic purposes, such as cobalt (blue) and selenium (red) will also block out light, but not heat.

So there’s a significant difference between the two processes, not least in the increased costs of window glazing production compared to the comparatively quick, easy and cost effective window tinting process.

Window tinting film is intended to block out as much of the infrared (IR) wavelengths as possible so a building or vehicle interior remains cool, while still allowing enough visible light to enter. There are however, strict regulations enforced for the legal application of window tinting to a vehicle’s front windscreen, which are relaxed for the degree of visibility required the rear windscreen.

About The Author
Rico Lowe is the author of this post, he is the owner of a window tinting company in Johannesburg called Sola Tint and Design - tintedwindow.co.za. Rico and his staff have been tinting windows throughout South Africa for over 25 years and tint both commercial and residential properties as well as automobiles in order to improve the aesthetics and security of the property or vehicle. Rico and his staff at Sola Tint and Design have provided window tinting services to a variety of large corporations becoming a well-regarded professional in the glass film industry, working with some of the worlds most respected suppliers. Rico has a huge array of qualifications that relate to glass modification and has undertaken a number of courses to ensure his films are long lasting and high quality.