Why Do Heat Recovery Systems Make Sense for Homeowners?

Heat recovery units work by collecting the warmer air which is filtered and recirculated. Rather than having to reheat a room and pay for that heating process, instead clean air is heated up using the captured warmth that was previously generated. 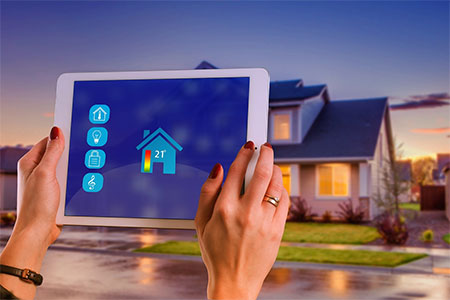 Heating systems tend to create problems for homeowners over time. The dust builds up, pollen and other allergens float around in the air, and without property filtration or ventilation, it can stick around for weeks or months. The resulting laboured breathing for people with sensitive respiratory systems is a testament to the physical effect that air pollutants as well as early morning condensation creates.

The cost of heating a home is just one more bill to cover. Heat naturally rises, which means that it’s produced at the feet or waist level and then is lost through the ceiling and eventually out through the roof. This requires re-heating each room where the heating is turned on because the warmth keeps being lost. Because of this, heating bills tend to be larger than they should be.

How Are Heat Recovery Systems Different?

Heat recovery units work by collecting the warmer air, so it is not lost. The air is then filtered and recirculated. Rather than having to reheat a room and pay for that heating process, instead clean air is heated up using the captured warmth that was previously generated.

The cost of capturing heat, filtering the air and infusing it with warmth is far less than reheating a home. The recovery units (see: https://www.bpcventilation.com/heat-recovery/heat-recovery-units/nuaire-mvhr) work mechanically but require little energy to operate. They’re also quiet and don’t disturb you at home either.

The installation of several heat recovery units is mapped out based on the number of ‘wet’ rooms. This refers to the rooms that people occupy which see the highest levels of generated moisture.

Each recovery unit has a maximum capacity to collect warm air and strip out moisture and particles from the air. Keeping within this limit makes the whole system more efficient.

Colder, moist lungs encourage breathing difficulties. With less moisture hanging in the air, you and anyone else in the home are less susceptible to illness. Furthermore, the reduced moisture avoids long-term damage to the supporting walls in the property too. Damp and bacteria are also less likely to build up.

Will You Save Money?

Getting a heat recovery system put into your home is an investment for the future. Unlike with traditional heating systems, while there’s an upfront expense, money is saved daily because of the avoidance of the reheating process that usually occurs. No longer will you be throwing money away the longer you keep the heating turned on.

It’s also worth pointing out that with a reduced likelihood of illness through drier home conditions, trips to the doctor or hospital visits along with prescribed medication and lost time off work are far less of a costly concern. Older occupants more prone to pneumonia have less to worry about too.

Heat recovery systems make sense for people with concerns about air quality in their home. The cost of heating is also worrisome when living in a cold climate for a good part of the year, so the recirculating heat which keeps energy bills down is a net positive too.