Paving patterns for concrete or clay brick paths and driveways

With so many options to choose from for enhancing an outdoor living space, cement pavers allow you to create a beautiful space on a budget, and outdoor spaces are just as important as indoors when more homeowners are looking to improve rather than move. Make full use of outdoors to extend your living spaces and enjoy your home rather than just live in it. 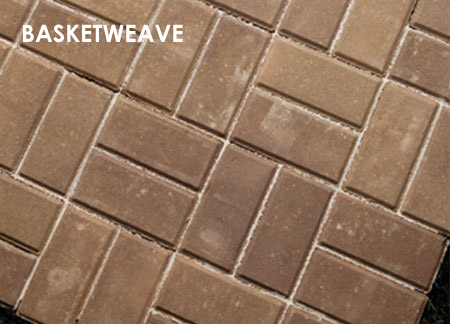 Paths, driveways, patios and pool surrounds can be much more than just a drab slab of concrete. 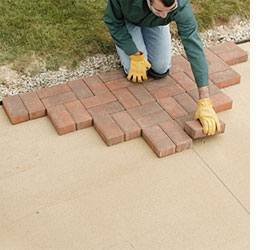 How to lay basket-weave paths and paving

Basket-weave patterns require no cutting if you plan the borders correctly.

Lay out the patio or walk and put the edge restraints in place. Snap a chalk line down the center of the sand bed.

Start in the middle of an edge and lay three short rows to create a stepped pyramid. Once the rows are laid, work diagonally, filling in the steps until you cover the surface. Work your way up the stepped sides of the pyramid on each side. Continue laying in a stepped pattern to lay the entire surface. Cut end pavers as needed to fit against the restraints.

Basket weave is ideal for patios and driveways. The design provides a solid, interlocking surface that provides an interesting pattern. 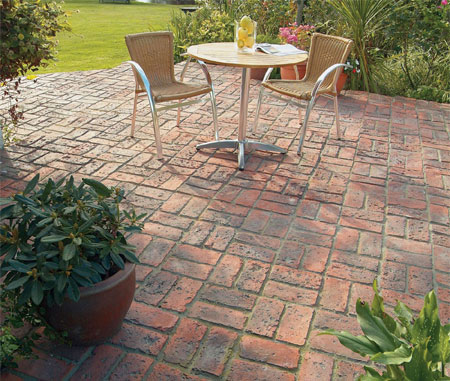 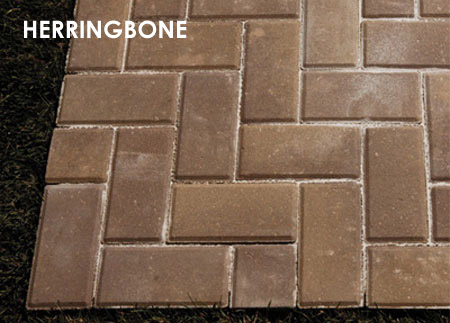 How to lay herringbone paths and paving

Herringbone is fancier than running bond but no harder to lay. It is, however, more time-consuming because so many bricks need to be cut. The finished effect is eye-catching, and many do-it -yourselfers feel the result is well worth the trouble.

Measure to make sure you get the right size of brick: The true (rather than the nominal) length of the brick must be twice the true width for the pattern to work. 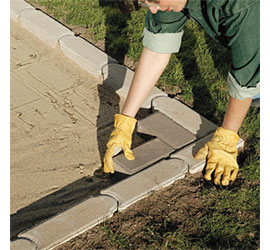 Lay out a trial run along each edge to make sure the bricks or pavers fit and adjust the borders if necessary. Starting at one corner, lay a pair of full bricks at right angles. 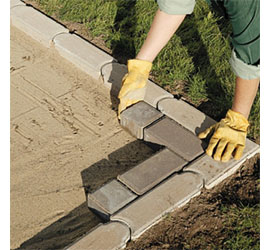 Install a pair of cut half bricks next to the full pavers in the corners, as shown, and begin laying a leg of full bricks in the stepped pattern. Spread piles of pavers along the path so you don't have to make trips back and forth as you lay the pattern. 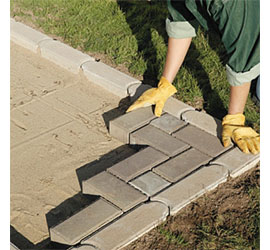 Lay a leg of full-length bricks or pavers in a stepped pattern, as shown. Once a leg is properly laid, bed the bricks in the sand with a tap from a rubber mallet. End the first leg with a half brick. Then lay another stepped leg of full bricks. 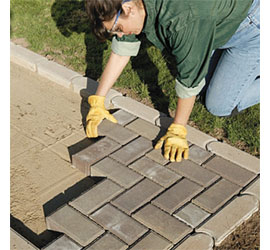 Finishing each end of every other leg with a half brick. After the walk is laid, sweep sand in between the bricks. Compact the walk with a power tamper to embed the bricks and spread the sand between the joints.

For added contrast, use pavers in two colours to create an interesting pattern when laying down a herringbone design. 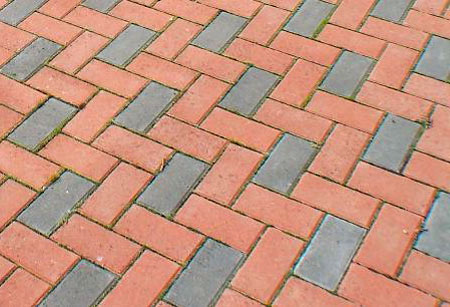 Use a cold chisel and hammer to cut bricks in half. 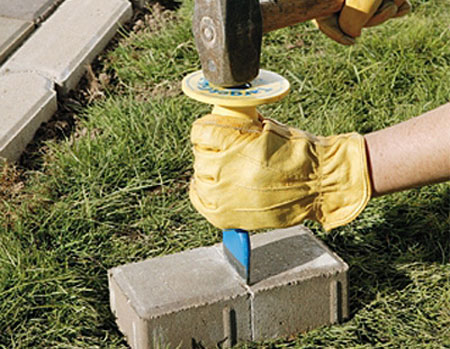 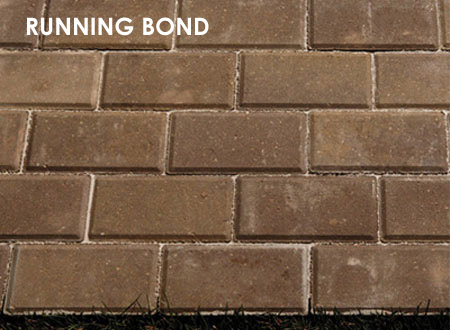 Running bond is one of the simplest patterns to create. Every second row begins with a half brick, offsetting the joints from the row to row. 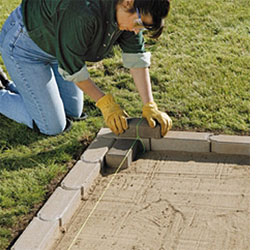 Put a brick at the beginning and end of the first course. Stretch a line along the edges of the brick as a guide, anchoring the line with another brick, as shown.

Lay a row of pavers and cut thin pieces of plywood to use as spacers. Embed the bricks in the sand with a rubber mallet. 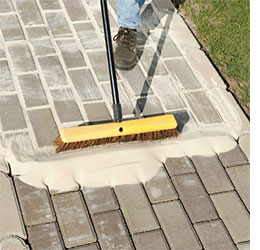 Once all the bricks are laid, sweep a layer of fine sand, often sold as mason's sand, over the walk with a broom or stiff brush to pack the joints between the bricks. Compact the entire surface with a power tamper. Some manufacturers recommend that you spray the surface with water to wash and fill the sand into the joints.

Running bond is ideally suited for paths and walkways, particularly where there are curves and around circular flower beds and borders. 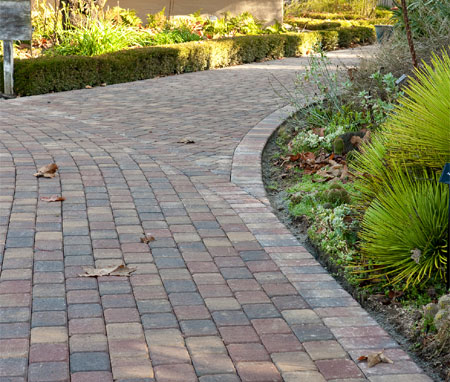