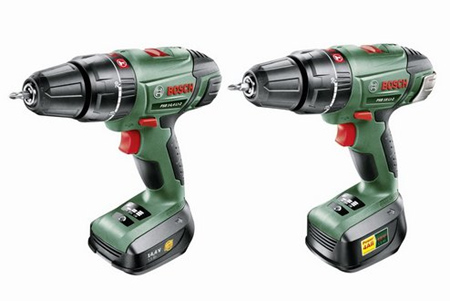 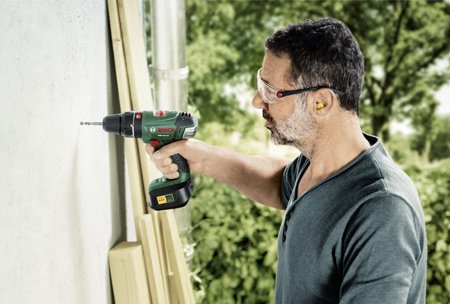 Bosch has made its PSB 14,4 LI-2 and PSB 18 LI-2 cordless combi drills for do-it-yourselfers 15 percent shorter and 13 percent lighter: the tools are only 223 millimeters long and both weigh about 1.5 kilograms. They are therefore easy and comfortable to handle, even when working overhead. Moreover, do-it-yourselfers can now drill even more powerfully in wood, steel and masonry with higher torque and a larger chuck of 13mm instead of the previous10mm.

The maximum drilling diameters are 30 and 35 millimeters respectively in wood, 14 and 15 millimeters respectively in masonry, and 13 millimeters in steel. The required power is provided by the latest generation of 14.4 and 18 volt lithium-ion changeable batteries. Lithium-ion batteries have hardly any self-discharge, so they are immediately ready to use even if they have not been used for lengthy periods of time. There is also no memory effect: lithium-ion batteries can be recharged at any time without the user having to accept a deterioration in battery performance. The batteries are fully recharged after one hour thanks to the quick charger.

The PSB 14,4 LI-2 and PSB 18 LI-2 cordless combi drills sit comfortably in the hand thanks to their softgrip. Their Autolock keyless chuck also makes them convenient to use: it allows for easy changing of screwdriver and drill bits. The impact function is switched on using a separate control ring. Green LEDs show the do-it-yourselfer whether forward or reverse rotation has been selected. Another LED – the 'PowerLight' that is integrated into the screwdriver head – reliably lights up dark areas during work. 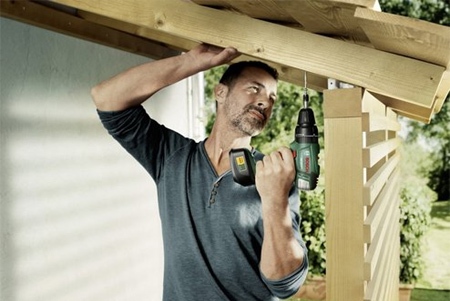