DIY Tip: Why Do Some Screws Have Square Holes?

Why do some screws have square holes and are these better than normal (pozidriv) screws? 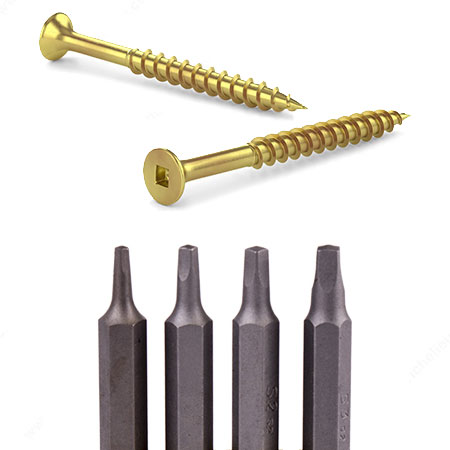 Before we get into the question of why some screws have square holes in the head, I'm sure that many of you are also asking, "What is a pozidriv screw?" and we will answer that question first.

The Introduction Of Screws As Fasteners

From as early as the 1900s, screw manufacturing was introduced for mass production and the very first screw to be used was called the Robertson screw. This screw, with its square-drive hole in the head of the screw, was so favoured by Henry Ford that he wanted to own all rights to the design, but the inventor, Canadian, PL Robertson, refused and that's why square-drive screws were not available in the USA for quite some time.

In the late 1950s, the Phillips screw company re-designed the Phillips screw to have a straighter shaft and tighten grip on screwdrivers and screwdriver bits to accommodate the ever-increasing speed of power tools. This was the launch of the Pozidriv screw, which today is one of the most widely used screws in high-speed drilling since the bit has less tendency to cam-out (slip out of the driveshaft) at high speed. The main difference between a Phillips and a Pozidriv screw is the shape of the drive shaft and the fact that a Phillips screw has only 4 radial slots while the PoziDrive has 8 radial slots. 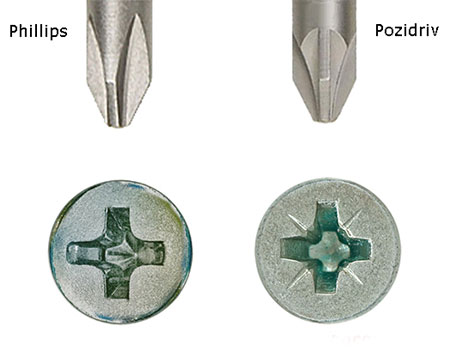 But let's get back to why some screws have square holes...

When scanning the screw aisle at your local Builders or hardware store, you will notice that a wide selection of screws has a square-drive or Robertson screw-drive. This screw design has once again gained popularity, as least locally, for its ability to sit firmly on the screwdriver bit without any manual assistance. That means that you can focus more on working on the project rather than having to place your attention on keeping the screw where you need it - balanced on the screwdriver bit. And now you know why some screws have a square hole in the screw head.

The next time you are shopping for fasteners for a DIY or woodworking project, perhaps you might consider switching to a square-drive screw - a screw that gives you one-handed control over the driving while the other hand holds the work piece firm.

Working with square-drive - Robertsons - screw let you work single-handed without having to concentrate on keeping the screw on the screwdriver bit. 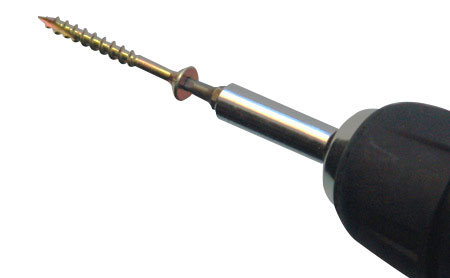