The next generation of Bosch’s Quigo III allows DIY enthusiasts and decorators to be more creative, thanks to enhanced precision, visibility, and length. 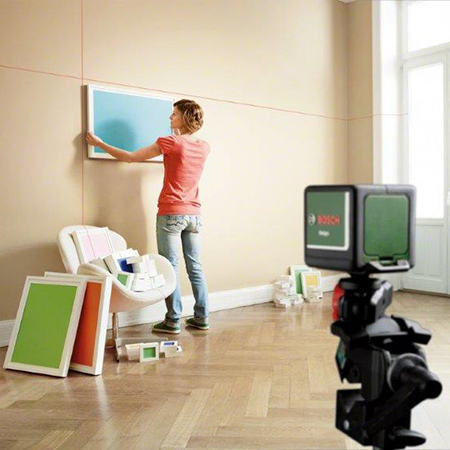 Ideal for aligning objects precisely, the Bosch Quigo III enables DIY enthusiasts and decorators to align objects such as artwork, mirrors and shelves extremely easily. It is a handy tool for painting as well, as it enables surfaces to be marked out with ease. 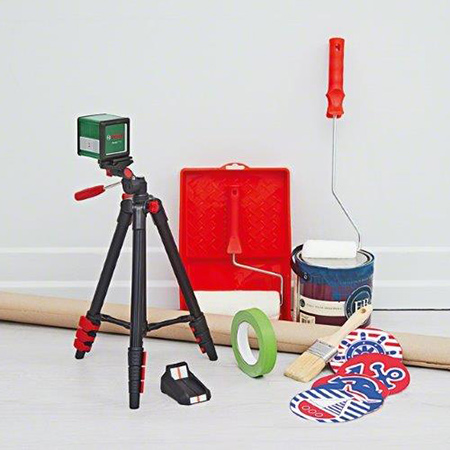 The Bosch Quigo Plus is designed for decorators who use a cross-line laser to design rooms, and who plan to implement particularly creative ideas. It features markings in its laser line, enabling the device to project a scale onto the wall alongside the line.

The new enhanced Quigo III model produces a laser line that is clearer than ever before, due to its improved projection technology. The line is narrower, providing greater sharpness when projected on the wall, which enables work to be carried out with more precision. Plus, the larger aperture angle makes it easier to carry out work in confined spaces, as it provides a long laser line, even at a short distance from the wall. This enables several objects to be aligned easily next to one another – without having to reposition the device, for example. The unit automatically compensates for surface irregularities of up to 4°.

The Quigo III now provides precise results in a working range of 10 m. It is instantly ready to use, projecting two lasers lines on the wall, intersecting at an angle of exactly 90°, immediately upon being switched on.

A tripod is included with the Quigo Plus as standard that, together with a target plate, helps users to position the device correctly. However, the device can also be directed against the wall at an angle, resulting in the cross-line laser to be projected with increasing distances between the markings, which can be useful for painting increasing or decreasing colour gradients on the wall. 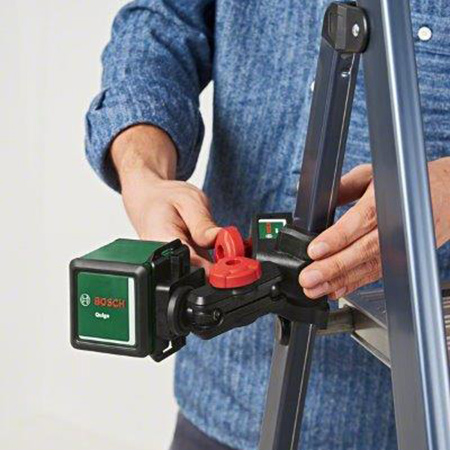 The Bosch Quigo III comes complete with the MM2 universal clamp, allowing the device to be secured easily to table tops, ladders, or similar surfaces. This is made particularly easy by the adapter plate, which now also features precision adjustment in a range of ± 2cm, meaning it is unnecessary to readjust the universal clamp so often.

The adapter plate can be fixed to the top, bottom, or rear of the Quigo III, giving DIY enthusiasts even more flexibility. For example, it can be positioned directly beneath a ceiling for marking out a border. Furthermore, the adapter plate can also be attached to a standard tripod with a ¼-inch thread.

A practical feature of the new model is that the Bosch Quigo III is switched on immediately when the protective cover is opened, meaning it is ready to be used immediately. The model also signals any deviations with a flashing laser line, which is particularly useful for DIY enthusiasts using the incline function to align diagonal patterns, lines, or even railings. If the protective cover is closed, the device switches off immediately, and the internal pendulum is stopped ready for transport. 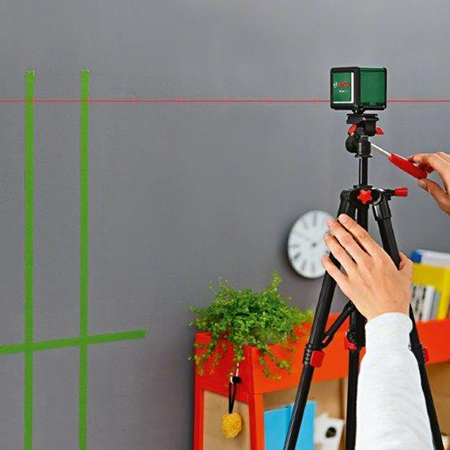 The Quigo Plus enables objects of the same size, such as coat hooks, to be positioned at even distances, without using any other tools. These markings provide both horizontal and vertical orientation. In addition, the distance between the projected markings can be increased by positioning the Quigo further away from the wall.