Use your Angle Grinder as a Sander

When you need to remove or sand a lot of surface wood away, turning your angle grinder into a sander is the easiest and most cost effective way to do it. 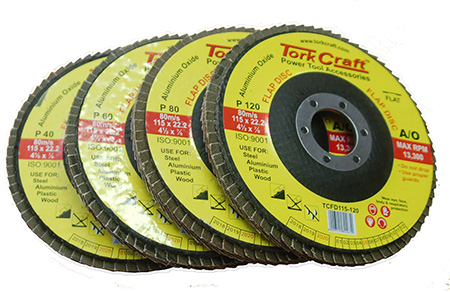 Using a sander is the easiest way to remove a lot of excess material. To turn your angle grinder into a sander you're going to need some Flap Discs. These discs are specifically designed for use on an angle grinder, and make sanding away lots of surface area a breeze.

Not only do flap discs make sanding easier - they make it more cost effective. A single Tork Craft Flap Disc costs around R26.00 at Builders and hardware stores, and you'll get far more out of a flap disc than you will a regular (Velcro) sanding disc. 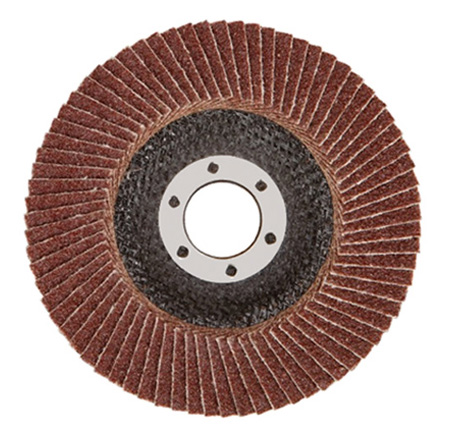 Flap discs are sanding discs with overlapping 'flaps' of sandpaper arranged around the outer part of the disc. When used in conjunction with an angle grinder, flap discs are extremely effective at removing large surface areas quickly and easily, making them ideal for the DIY enthusiasts who like to work with reclaimed or pallet wood.

For removing large surface areas, or sanding wood, Tork Craft Flap Discs are available in 40-, 60, 80- and 120-grit varieties. You can remove thick surface areas without too much hassles, and at far less cost than you would with a sanding disc or sandpaper. 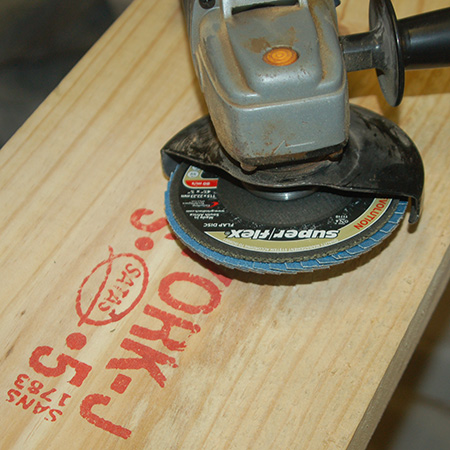 BELOW: The 120-grit flap disc smoothes the surface of the wood without gouging the surface. 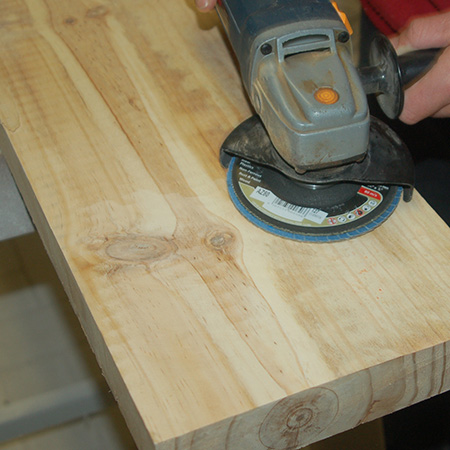 BELOW: Close up of before and after. 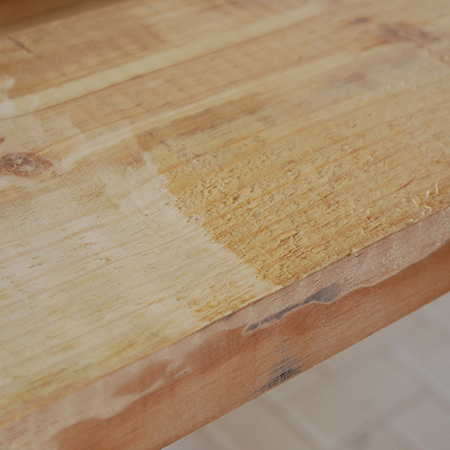 To use a flap disc to sand rough timber, gently stroke the angle grinder over the surface - starting with a low grit and working your way up to a 120-grit flap disc to finish off. If you want a smoother finish, use an Orbital or Random Orbit Sander to finish off.

Tork Craft Flap Discs are available at Builders and hardware stores around the country. 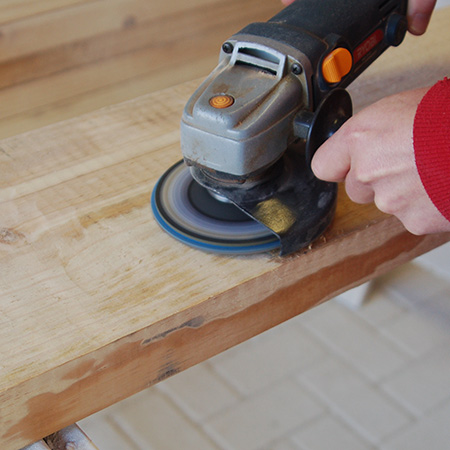