How to Create a Harry Potter-Inspired Home

Let’s take a look at how you can create a Harry Potter-inspired home. 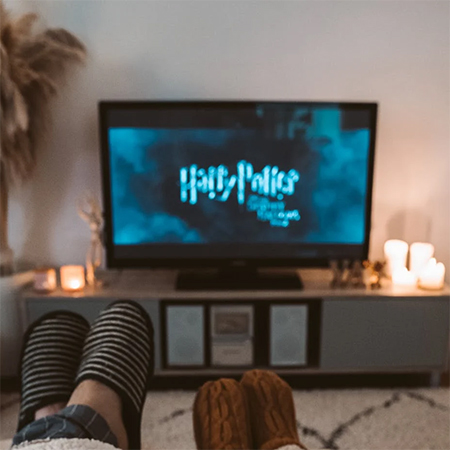 If you’ve progressed in life enough to be a homeowner, and you are still a Harry Potter superfan, you probably have a couple of people in your life who look down their noses at you, and have probably suggested that you ‘grow up’ on more than one occasion.

Well, anyone who’s done that is just a miserable elitist whose shame has led them to lock up their inner child and throw away the key. For many people now in their twenties and thirties, Harry Potter was the defining story of our childhood.

It became a global phenomenon for a good reason, and while its obsessive fandom can get toxic at times as all obsessive fandoms can, if being a Harry Potter superfan makes you happy then why should anyone get to question it?

And if you want to bring a flair for this passion of yours into the interior design of your home, there’s no shame in that either. It’s your home after all, and it should be a place where you feel at your most comfortable.

The atmosphere should be yours to control. So let’s take a look at how you can create a Harry Potter-inspired home:

One of the most important aspects of a home is the colour inside. The walls and the carpet and then any decorations, artwork and furniture which you need to make sure doesn’t clash with that.

There are several different colours which you can associate with Harry Potter, and they are all based on the four distinct Hogwarts houses. Rowling created these houses based on specific personality traits, and most readers can see themselves being members of one.

Gryffindor, the house that Harry and his friends were sorted into, being for courageous people, Slytherin for those who are cunning and ambitious, Ravenclaw for the smartest of students and then Hufflepuff for the kindhearted and hard-working.

Each of them are represented by different colours. Gryffindor is orange, Ravenclaw is blue, Slytherin is green and Hufflepuff is yellow and whichever house you fit into could help you to decide on the color scheme for your home.

If you’re not 100% sure where you land, then take this Harry Potter house quiz and find out. It’s a fun way to learn more about how your personality intertwines with the story and you can then think about the paint and wallpaper with your house colours in mind.

When it comes to the furniture, I would suggest that you don’t overdo it. There is lots of branded Harry Potter furniture out there that has images, symbols or quotes emblazoned on them. Cushions, rugs, bedsheets and other stuff like that.

You can get some of that stuff of course, but I personally think it would be more interesting to make your home feel similar to the setting of Harry Potter. Specifically, Hogwarts, the castle in which the story takes place.

From an architectural perspective, it’s kind of a combination of Gothic and Romanesque and that is reflected in the furniture too. Think of a suite of furniture for your living room that would be similar to the ones found in the house common rooms.

You see plush armchairs that are often winged or will have a chintz design on the fabric. A few of these in your living room can make you feel like you're relaxing between classes at Hogwarts. Your dining chairs could be similar to those in the Great Hall.

Wooden with ornately designed backs, and you could also acquire some old-fashioned brass cooking pots and utensils which would replicate dinner time in the castle. Your cabinets and wardrobes could have a medieval flair to them too.

There is no shortage of wooden furniture designed as such available on sites like eBay and etsy or you could also probably pick them up in antique shops. Every house needs a full-length mirror too, so see if you can track down a replica of the Mirror of Erised for that.

Your wall hangings, paintings and other decorations will be an important part of the whole set up. There are many different options here. You could get Hogwarts house banners, maybe some movie posters, or some official Harry Potter artwork.

All of that will definitely help to display your love of Harry Potter, but if you would rather be somewhat more subtle about it then that’s fine too. You could again try to replicate the interior of the castle.

Maybe get some paintings of medieval scenes or historical figures. They won’t move like those in the story (at least I hope they won’t) but they will make your walls look similar to the wall of Hogwarts castle.

Other stuff that would add to the atmosphere would be some more functional pieces. Perhaps a Potions pot or an owl cage that doubles as a flower container. Maybe some wall-mounted lights that are designed to look like candles.

Or a bookshelf in the shape of the Deathly Hallows symbol. You can’t go wrong with some ornamental objects either. Perhaps a personalized wand you can stick on the mantelpiece or maybe a replica of a golden snitch.

There are a lot of those kinds of decorative knick-knacks that are Harry Potter themed and would look great atop your cupboards, bookshelves or other available surfaces.


Decorating your Harry Potter home should be a fun and rewarding experience. And if you can, try not to go for the same designs as everyone else. There is so much lore and mythology and everyone experiences the story differently so it’s a great opportunity for you to stay true to the story while also staying personalized and unique.