Space-Saving Hacks That Won't Take Too Much Effort

Here are some space-saving hacks that won't take too much effort. 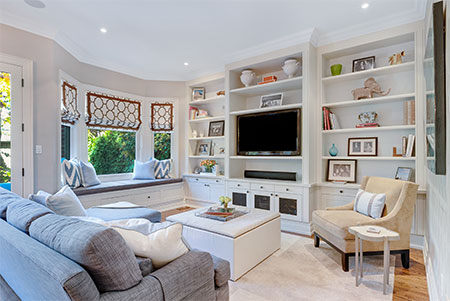 A lot of people out there who have a hard time letting go of their stuff might find that they’re running out of space in their house. Rent and mortgage can be expensive, and everyone wants to maximize the space that they have, but parting with your stuff can be a painful thing to deal with. But did you know there are various ways you can save space at home without too much effort?

Here are some telltale space-saving hacks that won't take too much effort.

1. Make use of doors

The doors aren’t just there for you to pass through, they can also be a good place to store some stuff in. Putting racks or organizers behind the door will allow you to utilize this otherwise empty space as an area to put your hats, keys, ties, umbrellas, and other stuff in when they’re not in use. This is especially helpful if your home has a lot of room, and each room has a door for it.

A good way to keep your living area looking bigger than in actuality is by making use of wall-mounted organizers or shelves. Keeping the floor clear of stuff allows you to maximize the amount of floor space you can utilize when you move around the house, giving you the illusion of wider space.

3. Get your stuff into storage

While a lot of people get apprehensive about actually putting their stuff into storage, it’s generally one of the best ways to manage your stuff. You’re not actually losing your items, and you’re not paying as much monthly rent as you would if you got a bigger apartment. Proper use of portable storage will ensure that you not only regain lost space in your house; but also keep your items safe. 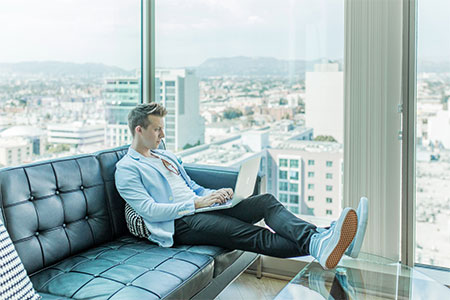 Furniture that has multiple uses have been popular with smaller homes lately, and with good reason. Some ottomans have space inside them, which is accessible by popping the top off, allowing you to store books, clothes or smaller items. There are also couches that you can convert into beds, allowing you to utilize the extra space when you’re not actually trying to get some sleep.

For smaller items, like jewelry, medicines, make-up and other accessories, you can use small plastic containers that you can stack on top of one another, allowing you to utilize vertical space. For bigger items, when they’re not in use, put them in color-coded boxes, depending on their usage so you can keep track of them easily.

If you’ve played Tetris at least once, you’ll know that organizing some of your stuff plays quite similar to it. Plan first by imagining in your head how you’ll put your stuff away, and make sure not to leave even just a bit of space unutilized. Making use of bags for the smaller items before you do this will make it much easier.

According to some surveys, at least 40% of Americans prefer to have bigger rooms than what they currently have. Some are even willing to pay more than what they already are with their current setup. If you know what you’re doing, however, and you’ve followed our guide, then you certainly wouldn’t need a bigger place. It’s always better to work smarter than work hard.