Since 2010 Claire-Anne has gone on to be a leading designer in textiles, designing unique organic creations. 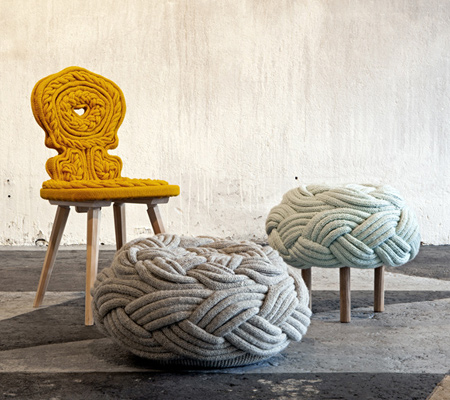 After finding fame way back in 2010 with her quirky knit stools, Claire-Anne now lives and works in London producing textiles for furniture, space and suppliers. Claire-anne loves to experiment with textiles, material properties and techniques using a sculptural approach to her work. 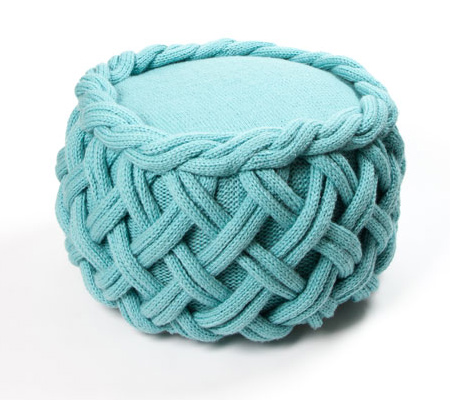 Claire's creations consist of stuffed woolen tubes arranged in unusual designs and mounted on a base with tapered legs of ash. The pieces can serve a practical purpose as both stools or footrests, or stand alone as beautiful home accents. 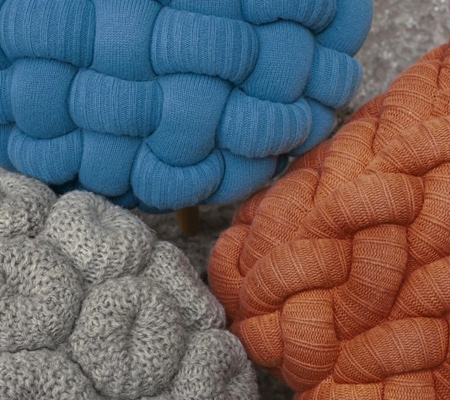 Born in Ireland, Claire-Anne O’Brien graduated from The Royal College of Art in 2010 and set up her studio shortly thereafter. Claire-Anne has featured in shows at the London Design Festival, Milan Furniture Fair, Wool Modern and Spinexpo. In 2011 she received the Future Makers Award from the Crafts Council of Ireland. 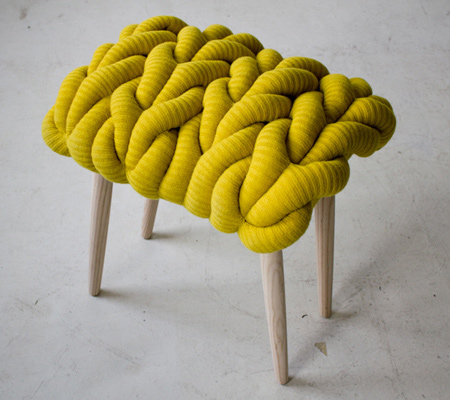 Claire-Anne's designs are definitely unusual. Soft and springy, the padded woolen tubes and chunky wool patterns are fascinating and eye catching, and functional at the same time. 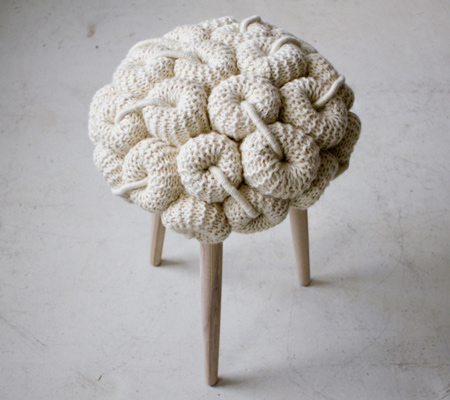 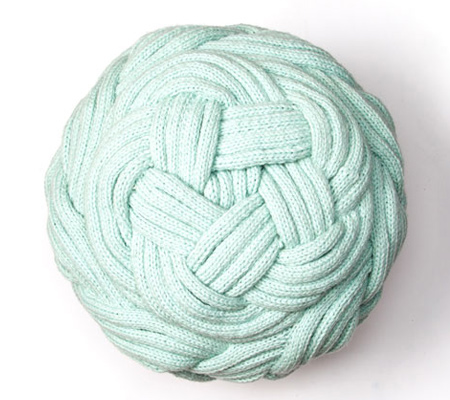