What is a Water Softener and Why You Need One

If you happen to have hard water, you will definitely need a water softener to help reduce the problems associated with it. 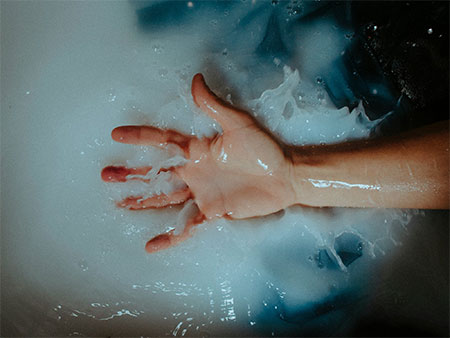 Getting a water softener is a bit of a conundrum for many people. After all, how do you truly soften a fluid? The truth is there is such thing as soft water and hard water, the latter of which creates issues with your appliances and plumbing system. If you happen to have hard water, you will definitely need a water softener to help reduce the problems associated with it.

What is a Water Softener?

A water softener is a type of filtration system that eliminates minerals such as calcium and magnesium from the water. Water with high levels of these minerals is referred to as hard water. While these minerals are considered generally safe, they do cause clogging in the pipes and the plumbing system.

This is even made more complicated when detergents and soaps are added to the water. The use of a water softener will significantly reduce the amount of minerals that cause clogging.

What are the Effects of Hard Water?

Other than causing clogged pipes, hard water will also make it a bit difficult to dissolve soap and detergents. Hard water can also increase limescale deposits in the water system. Limescale deposits are hard and chalky. Once they build up in the pipes (often those that are used to deliver hot water), they will affect how efficiently water is delivered and even cause damage to the pipes. Limescale can also diminish the function of hot water boilers, tanks, and even kettles.

Aesthetic issues can also arise due to the presence of hard water in your system. It can cause unsightly water spots on sinks, bathroom tiles, bathtubs, toilet bowls, bidets, and even dishes and silverware.

Mineral deposits from hard water will also increase the risk of damage to appliances such as washing machines. This will necessitate frequent repairs or costly replacements. Note that the presence of high levels of minerals in the water does not necessarily make it unsafe to use or consume. It will not likely change the way the water looks, smells, or tastes. However, it will still increase the likelihood that your water system could be damaged.

Signs You Need a Water Softener

1. You notice scale buildup on your coffee pot, kettle, and other appliances. The buildup appears chalky, white, beige, or brown-reddish, depending on the presence of certain minerals in the water.

2. There are stains on sinks, tiles, and bathtubs. Chalky stains appear on surfaces after the water evaporates. When it does, it leaves calcium and magnesium stains behind.

3. Light-colored clothes and fabric appear gray or faded. Without a whole-house water softener, clothes will feel scratchy and faded. You will notice that the fabrics may also seem difficult to wash.

4. The plumbing system requires frequent repairs. Pipes, particularly steel ones, are damaged by limescale buildup. PVC and copper pipes, on the other hand, are far more likely to resist limescale better.

6. There is water leakage in and around the valves. Valves that lead to your dishwasher or washing machine become damaged from limescale buildup. If you try to shut off the valves, they will not close completely, causing water to leak.

How Does a Water Softener Work?

There are several methods used to treat water hardness. By far the most common include ion exchange, reverse osmosis, and distillation. Here's a brief look at how each method works.

Ion Exchange. This method is commonly used for household water softening. In this method, calcium and magnesium ions are removed using ion-exchange resins. The two minerals are then replaced by sodium ions. The resins used for this method are made of sodium ion-charged spherical polystyrene beads. These ions carry a negative charge while hardness minerals in the water carry a positive charge. When water flows through these beads, the beads attract the mineral ions, essentially eliminating them and releasing the sodium ions. Soft water is then distributed through the faucets.

Reverse Osmosis. RO forces water through a semi-permeable membrane to remove hardness ions while allowing water molecules to pass through. This allows clean, soft water to be distributed throughout the plumbing system.

Distillation. The process of distillation allows water to undergo evaporation and condensation. During evaporation, hardness ions are separated from water molecules, so when condensation occurs, the water no longer contains calcium and magnesium minerals.

The Process of Regeneration

Even the best water softener that uses the ion exchange method will not last forever. Eventually, sodium resins will be replaced by calcium and magnesium minerals, rendering the resin spent and unable to soften water. When this happens, a process called regeneration is often performed. This is when the water softener is run on a regeneration or alternate cycle. This involves backwashing the resin with a brine solution to flush out the hardness ions that the resins have absorbed. When the regeneration cycle is completed, the water softener can then be used to treat hard water.