Don't go dancing in the rain

The rain in Spain may stay mainly on the plain, but when it rains in South Africa there's an awful lot of it on the roadway. Rain is blamed for thousands of accidents yearly. Many of these accidents are preventable, but are caused by intrepid drivers who don't realize that fair- and foul-weather driving are fundamentally different. 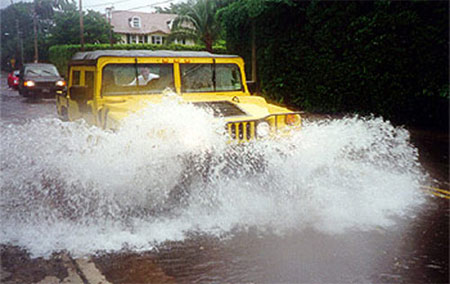 When the road is wet, the film of the water on the asphalt causes tyres to lose traction. Less obvious is the fact that rain reduces driver perception — it's harder to see through the rain — and also decreases visibility through its action on headlights, windshields and the road itself. While most people know to slow down in the rain, there are definitely other tips that will help keep you, and those who share the road with you, from becoming a statistic.