For times when solving puzzles and finding clues become difficult, there are many tools that detectives will employ in order to give them a needed push. 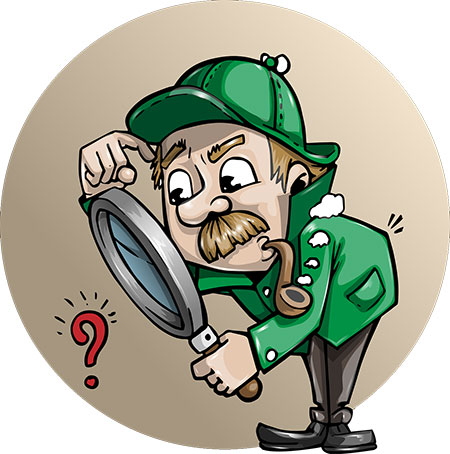 Problem solving games can be extremely entertaining, but they also give an opportunity for restructuring our thinking in our daily lives. However, sometimes we come across a problem we just can’t solve, or are having difficulties following the clues objectively. For times when solving puzzles and finding clues become difficult, there are many tools that detectives will employ in order to give them a needed push.

Become A Master At Deduction

When you’re playing detective you will need to be able to absorb as much information as possible, attempting to stay aware of all things. From this information that you’ve gathered, you’ll need to draw conclusions based on your knowledge. However, not all data is useful or pertinent to accomplishing tasks and you’ll need to deduce which information is which. The best method of doing this is the Sherlock Holmes route, by writing your theories down and any evidence you have to support them.

This way you know you can differentiate between beliefs and potential conclusions that are evidence driven. If you are playing detective the best thing you can have on hand is a pencil and paper to keep track of your theories! With these written down you can also introduce evidence that either supports or negates them, and deduce what remains from there.

Anagrams are a common theme when it comes to solving clues. If you’re unsure of what an anagram is, it is essentially a word scramble, where some words can be rearranged in order to create other words. For smaller worded anagrams, it can be relatively easy to rearrange the letters in order to produce another word. Once you reach 5 and 6 letters per word, it becomes a little bit more complicated. You might want to use tools that can give you words from a combination of letters, you can find more here on those forms of tools. Word unscrambling tools are also useful in the sense that they only produce words, whereas doing the scramble by hand can produce a good amount of gibberish.

Be Mindful When Listening To Your Gut

Your gut can be a great tool to use when you’re solving a puzzle and looking for clues, but it can also inhibit any further progress. You will want to develop selective listening when it comes to what your intuition is informing you of. If you’re at the initial stages of solving a mystery, your instincts are likely to lead you to the first areas to gather evidence. However, be way, as most puzzles will use indirect methods of distracting you.

If you have reached a plateau in your detective work, it can be wise to use your intuition to guide you towards making further progress. Just ensure that you’re pairing this with your abilities at deduction to avoid chasing any dead end theories. Intuition is paired with natural instinct, but that does not always play a role in rational thought.

Chasing the “Eureka!” moment is something that both innovators and detectives do across the board. You will want to use every tool at your disposal in order to create this moment for yourself. Of course, if we all knew where good ideas came from our lives would be a lot easier, but there are still ways that you can give your brain a better chance to solve problems.

Studies show that our subconscious brain can work on problems while we are sleeping and give us a better handle on the situation. This has been proven by a scientist who dreamed about a chemical structure (benzene) and applied it to his work. Or you could take the path mentioned in the popular show Madmen, by thinking about the problem a lot, and then not at all. Many times clues and puzzles are solved when we’re not focusing on them at that time.

It’s hard to think outside the box when our brains are so trained in order to think inside of it. We are used to having a set of rules to live by, and as a consequence we expect clues and puzzles to follow those same set of rules. Train yourself to think uniquely, and look at common puzzles and brain teasers that commonly fool people. By seeing examples of solutions for problems that don’t have a typical solution you may be able to generate ideas for your own problems. After honing these tools, you will be able to play as a detective just as if you were one.