Get rid of mould or mildew

With the wet weather experienced up in Gauteng, many homeowners are complaining about the increase of mould (or mildew) in their homes. Mould thrives in warm, damp environments and the recent weather definitely encourages growth of fungus if the conditions are right. 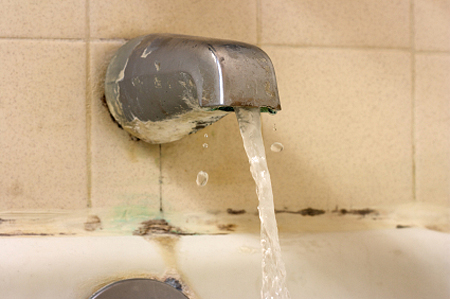 Moulds can thrive on many organic materials, including clothing, leather, paper, and the ceilings, walls and floors of homes or offices with poor moisture control. There are many species of moulds. The black mould which grows in attics, on windowsills, and other places where moisture levels are moderate often is Cladosporium . Mould growth found on cellulose-based substrates or materials where moisture levels are high (+90%) is often Stachybotrys chartarum and is linked with sick building syndrome.

Black Mould properly refers to S. chartarum . This species commonly is found indoors on wet materials containing cellulose, such as wallboard (drywall), jute, wicker, straw baskets, and other paper materials. S. chartarum does not grow on plastic, vinyl, concrete, glass, ceramic tile, or metals. A variety of other mould species, such as Penicillium or Aspergillus , do. In unaired places, such as basements, moulds can produce a strong musty odour.

How to prevent mould or mildew

The most common areas for mould to appear are bathroom, kitchen and laundry rooms. This is due to the amount of moisture in these rooms and, more often than not, insufficient ventilation.

Mould around bathtubs and in showers is the number one problem area for many homes and the appearance of mould should be taken as an indication of poor air circulation through these areas. If you make it a habit to open windows and doors regularly, this will greatly reduce the possibility of mould growth.

Apart from being unsightly, especially on the silicone seal around baths and sinks, mould can trigger off a variety of health conditions, such as asthma. It is important to investigate any occurence of mould as quickly as possible. If not due to lack of ventilation, mould could be an indicator of a leak behind the tiles and, once you have ruled out possibilities that you can fix yourself, it's time to call in a plumber. 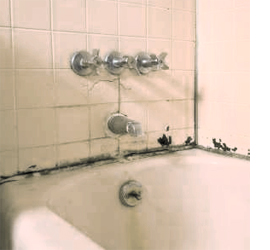 Flats and townhouses are prone to outbreaks of mould. In many older builders, little or no consideration was given to proper ventilation in bathrooms and kitchens, and it can be difficult to air these rooms. A dehumidifier is then the best option for reducing the amount of moisture in these spaces. 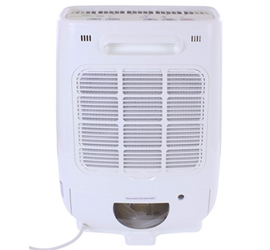 A dehumidifier does exactly what the name indicates. Rather than add humidity to a room, a dehumidifier removed humidity - or moisture - from a room. You can purchase a dehumidifier at most larger health-related stores such as Clicks and Dis-Chem, or from companies that specialise in dehumidification systems.

How to remove mould or mildew

- Mould around bath, basin or shower

Where the silicone seal is harbouring mould growth you will need to remove and replace this. After stripping off the old seal, pop on a dust mask and rubber gloves to treat the area with undiluted white spirit vinegar or tea tree oil. Any of these will kill off the spores and prevent a reoccurence. Once the area is dry, you can reapply a silicone sealer - with anti-mould properties and specifically designed for room with high humidity levels.

Where abundant mould growth appears in tile grout, this is normally an indication of a leak behind the tiles. This problem could also cause mould on walls on the other side of the bathroom wall in bedrooms and cupboards. Any leaks will need to be fixed by a professional plumber to prevent further mould growth. 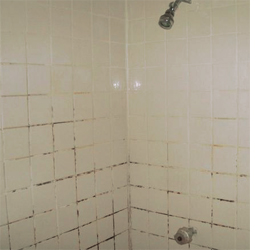 If there is mould between tiles in a shower, but no signs of mould on walls behind the shower, this could simply be a sign of constant use and lack of ventilation, as shown in the shower above. Treat this by scrubbing the grout with an old toothbrush with household bleach, undiluted white vinegar or tea tree oil. If stains do not clear up you may need to remove and reapply grout. 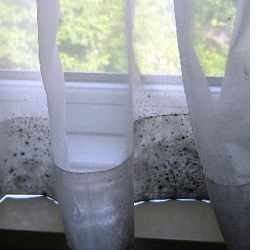