A friendlier alternative to mothballs

My grandmother’s home always had a distinct smell; a combination of various foods and mothballs. Apart from having a pungent odour, are mothballs possibly dangerous as well? 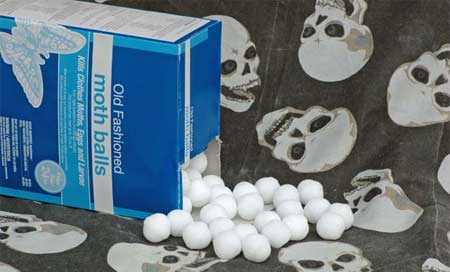 Mothballs are made out of naphthalene or dichlorobenzene and are considered a pesticide. They also contain paradichlorobenzene (PDB), which has been linked to kidney and liver failure along with many other ailments. They work by releasing a gas that ferments and grows stronger over time, and can be hazardess to humans and animals. They are especially toxic if digested, so be sure to keep them away from animals and children.

Although in small doses, not many people react to the gases, some may develop headaches or dizziness. In the past couple of years, another problem associated with improper usage of mothballs has arisen. Teenagers began “bagging” them and inhaling the condensed gases leading to more severe health issues.

To their credit, they are very effective at controlling moth larvae, but at what cost? Although you can argue my grandmother lived to 93 with no major health issues whatsoever; why take the chance? Why not choose an alternative that is natural and known to be safe for both you and your family? In my quest, I’ve found a couple of alternatives: Lavender, rosemary, thyme, mint, cloves, and cedar are a few natural deterrents for moths, and all smell incredibly better than mothballs. You could also try a potpourri sachet of dried eucalyptus and bay leaves, cloves, cinnamon sticks and pepper corn. But you need to be careful that these things do not come in direct contact with your clothes. 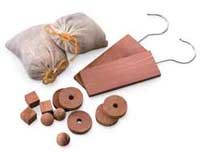 Arrange to have small meranti blocks cut at your local hardware store. At the top of each block insert a hanger that is large enough to hang on the closet rail. Sprinkle drops of essential oils: lavender, clove, and rosemary onto the blocks on a weekly basis and say goodbye to holes in clothes.