I'm sure that many of you are thinking, why on earth would I want to know where a fuse is - never mind change it!

Picture this... It's 2am in the morning and you're on a road in the middle of nowhere. You stopped to change a flat tyre, which is bad enough on its own, but to add to the misery, you climb out of the car and press the remote to open the boot and lock the doors, and at that exact moment the fuse blows for your electric doors. 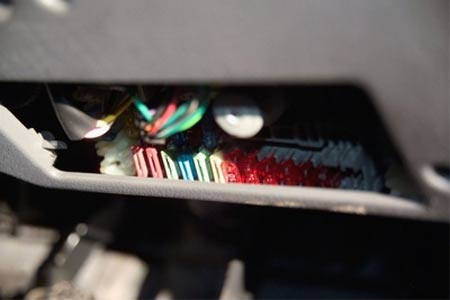 Almost ever type of car has one fuse box, some cars have two, and it is usually located just in front of the driving seat in the lower dashboard section of the car. The fuse box will most often have a plastic cover, which needs to be remove to show the different colored fuses inside. The back of the cover panel should also have a diagram that shows which fuse goes to what. 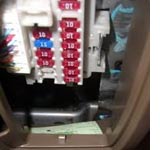 Most cars even provide some spare fuses and a little fuse puller that you can use to remove a blown fuse and insert a new one. In the case of your headlights being out, find the slot on the diagram that indicates the headlight fuse.

You can easily remove the fuse by using your thumb and forefinger, and once removed you will immediately see that the inside of the fuse is blackened - indicating that the fuse has blown.

While not everyone has a spare set of fuses in their car, at least you will be able to identify the problem and let roadside or assistance, or anyone coming to help you, that this is the problem and that they need to bring along a new fuse. But if you like to be prepared for any event, a box of assorted fuses wouldn't take up much space in your car toolbox. 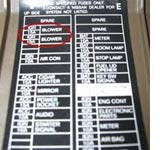 Identify which fuse it is by looking at the diagram and by the colour coding of the fuse. Fuses are used with an aircon, electric windows, electric sunroof, lights, and most other electrical components of your car. Some larger cars may also have a second fuse box in the engine compartment, so if you don't find the right fuse in the fuse box inside the car, take a look at the second fuse box.

It's usually very easy to find and get to, with a nice diagram on the top telling you what fuses are inside. The procedure for replacing a fuse under the hood is the same as under the dash. Find the fuse that's blown, pull it out, install a new one.