Is your cat becoming a nuisance in the neighourhood, here are some possible causes for this. 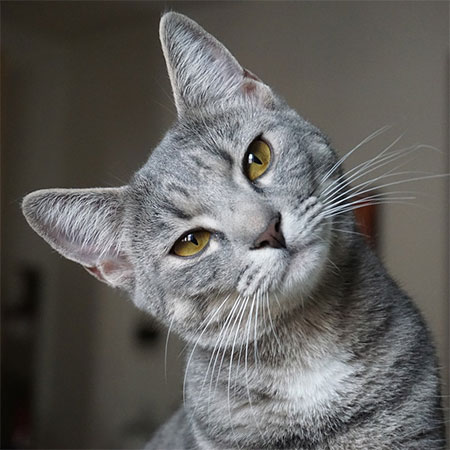 Many cat owners have issues with other people's cats. There are cat bullies and feline intruders that need to be deterred. A recent Your Cat magazine survey gained an interesting insight into the world of cats and provided some clear ideas of the problems many people face.

A third of all owners of cats that are free to come and go told the researchers of issues with neighbours’ pets. These manifested themselves in the forms of catfights, intimidating behaviour, and invasions of their homes.

A third also reported paying for veterinary treatment for their own cat's problems as a result of wounds and abscesses inflicted during tooth and claw battles.

Indeed,16% of households reported severe problems with other people’s cats. Neighbourhood cats were found to be rendering it difficult for resident cats to leave their own homes. Many respondents admitted their cats had been chased back into the home.

The survey discovered that 25% of people said the invading cats were hunting for food, Another 21% said the cats appeared to want some attention, while a similar proportion said the cats needed shelter. But a not-insignificant 18% reported that the cats seemed to be intent on fighting.

The fact is that cats are curious by nature. Some of the more extrovert moggies simply love to visit the neighbours. It’s fine when they are welcomed but too many of them cause a nuisance, steal food, spray mark, and fight.

The survey revealed that food was the most likely cause of the battles and the invasions. It found that there was a powerful link between cats looking for food, and fighting with the resident cats.

The researchers gleaned that one of the most obvious potential solutions would be providing round-the-clock food access. This is because cats have small stomachs. This means they are almost programmed to eat food between ten and 20 times a day. The survey revealed that just 40 to 45% of cats get fed when they want. The rest received two meals a day.

The researchers believe the cats not fed ad-lib feel hungry between meals and are forced to seek food where they can. This is what leads to them breaking into other cats’ homes. They believe a solution could be that all pet cat owners change to feeding their animals ad-lib. This would ensure that the cats who are food-orientated get enough of what they need when they are at home and so are not so motivated to search for food elsewhere.

This is a big ask for dealing with such an irritating problem so finding the best cat repellent spray becomes a high priority. It would keep all manner of cats away from your property. This is especially important for any of us who have experienced a cat or cats from the neighborhood invading our garden and leaving their poop behind.

It can be both highly annoying and even dangerous. This is especially the case for anyone who has small children that play on the lawn.