Handy Tip: How to keep Ants out of the Dog Food Bowl

If your home is anything like mine, the ants end up enjoying the dog food more than the dog does, so try this handy tip to keep ants out of your pet's food bowl. 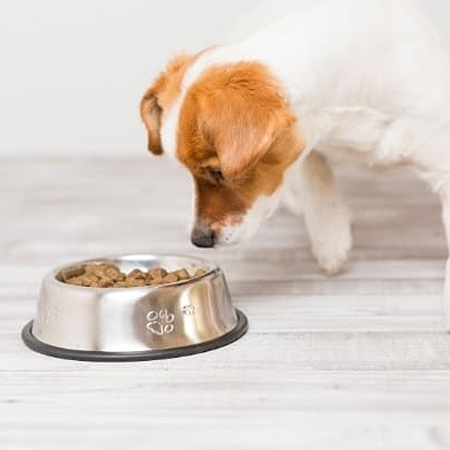 Ants can be a nuisance throughout the house, but one area that really gets me going is in the kitchen. Whenever I fill the dog bowl with food it's not even 10 minutes later than the ants pile in to carry the food away or my poor dog can't see the dog chunks because they are covered in ants. It has gotten so bad that we now feed the poor dog at random places around the house and it still doesn't make any difference. Give it 10 minutes and the ants soon find the location.

It got so bad that we had to feed the dog and immediately remove the bowl, and let me tell you, he wasn't impressed. He is one of those dogs that likes to savour every bite and doesn't like to be rushed so I had to put my thinking cap on to come up with some ideas.

Having tried most of the ones on the web without success, I then started thinking along the lines of the eventual solution. It's a very easy solution and one that you can put into action immediately at very little cost.

How to Keep Ants Away from Pet Food Bowls

Pet food isn't cheap these days and you can't afford to constantly have to throw away dog food that has been infested by ants.  tried using a paintbrush to sweep the ants out of the food bowl, but that became such a mission that I eventually gave up.

I started thinking along the lines of creating a barrier that the ants would not be able to cross and you would laugh out loud at some of my earlier experiments. I finally hit the nail on the head and found a solution that work 100% - no ants in the food ever again. 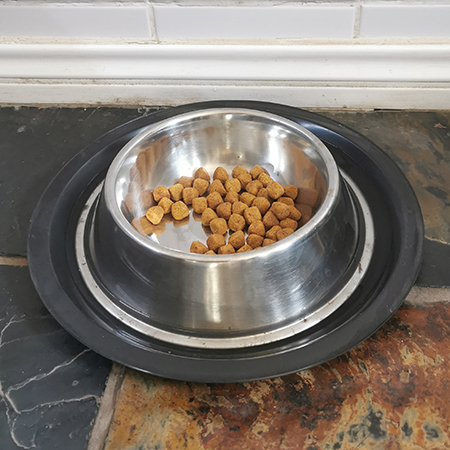 The solution to the ant problem is so simple that I'm sure I am not the only one using it. All you need is a lipped tray or tray with a rim that is slightly larger than the dog food bowl. It doesn't need to be more than a centimetres deep - just enough to hold enough water to create a 'moat' around the dog food bowl.

To date, the ants have been unable to cross the moat, and unless they somehow learn bridge building techniques they won't.

Remember to keep topping up the water in the tray! 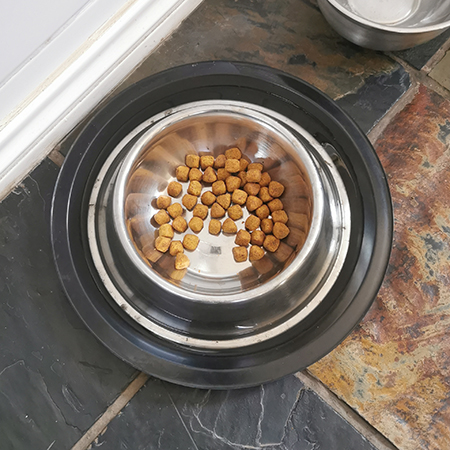