Growing your own butternut, gem squash and cucumber

After setting up my gutter garden for kitchen herbs I decided to start up another section for cucumbers, butternut and gem squash. 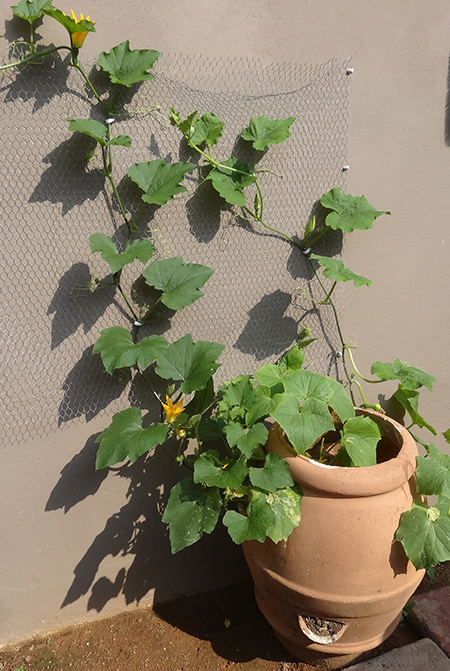 The gutter garden has been growing well and establishing itself for the past couple of months, but I have decided to only grow herbs in the gutters. While I had a reasonable crop of cherry tomatoes, the kitchen herbs have grown the most and I think that the shallow depth of the gutters may not provide enough for larger vegetables. The lettuce was a total flop with all the rain and they quickly started to rot.

While watching the gutter garden grow  I thought it might be nice to grow cucumbers, butternut and gem squash. I haven't grown these before but I have a large strawberry pot that would be perfect for them. 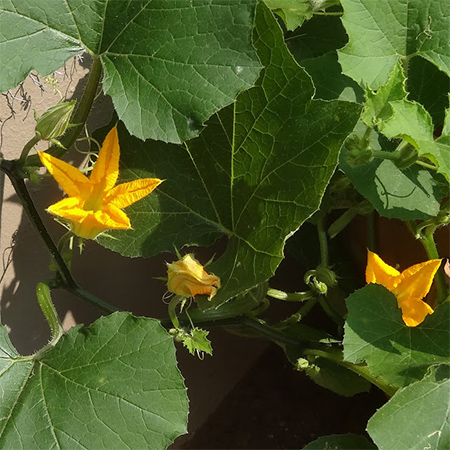 The pot was filled with 5 bags of top soil with half a bag of organic compost mixed in. I only popped in two seeds each of gem squash and it was quickest the sprout and produce flowers. The pot is placed to receive  as much sun as possible in my small garden, on a northeast facing wall where it gets between 6 to 7 hours of sun each day.

I water every morning, and in the evenings the plants get a light watering if it has been an extremely hot day. It's important not to wet the leaves to avoid the possibility of the plants being infected by blight (white spots on the leaves), so I use a watering can. 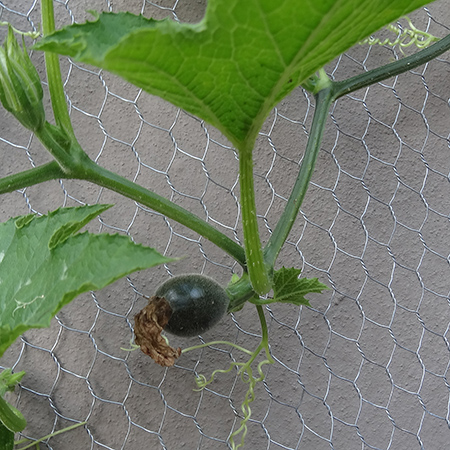 It was amazing to watch how fast the gem squash plant grew. Every morning when watering the plant another 2 to 3 centimetres growth had occurred and possibly a small fruit appeared. It was about a month before small fruits (baby gem squash) started popping up all over the plant.

As the growth increased, so did the need for support, and I simply used cable clips to attach a piece of chicken wire to the wall behind the pot. All three plants are climbers and the tendrils soon hooked on to support the plant. I don't plan on letting the fruits grow to full size, but would rather have baby squash and butternut for my own roasting veggies and stir fry. 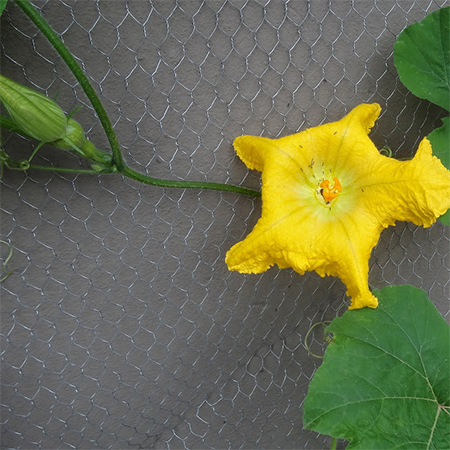 The large yellow flowers on the butternut plants.

As all three plants started to grow larger - after about a month - I added a cap of organic seaweed fertilizers to the water to make sure the plants were well-fed and watered.

When the baby butternuts starting to appear it was awesome to see how quickly they went from a baby stub to a decent-sized fruit. It took about 3 months for a decent crop of baby butternuts for the kitchen.

How cute are these baby butternuts!

The cucumber was probably the slowest of the three to get started and produce fruits. There were plenty of small yellow flowers but it only started to produce fruits after about two months. 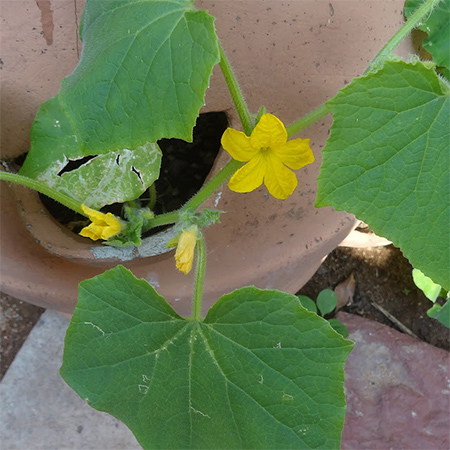 Another month and we will have fresh organic cucumber for salads, or more to make my own pickled cucumbers. You should know that I'm not an avid gardener and I definitely don't have a green thumb, but this has been an exciting learning curve and I will most definitely be potting up more of these veggies in the future. 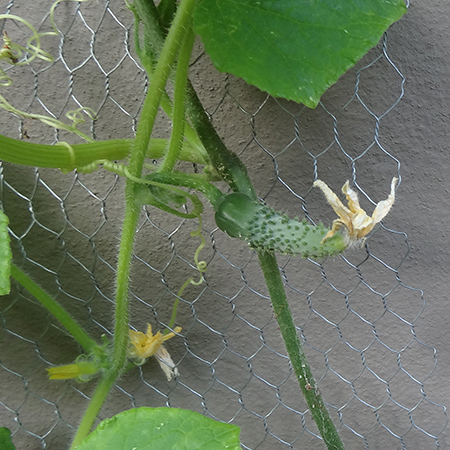 You don't need a lot of space to grow your own fresh veggies and with proper care a packet of seeds can yield a wonderful crop of organic fare for your kitchen. Follow the planting instructions on the packet, make sure to water as specified and add fertiliser when needed and you will soon be picking organic vegetables from your own garden.