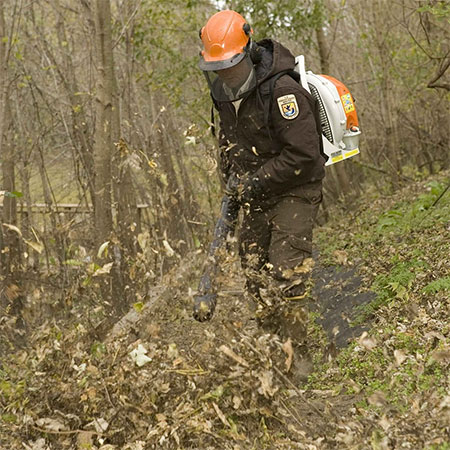 Almost everything you can do in your garden will be DIY in one way or another, since you do most of the work yourself. Because of this, there’s dozens of tools that can make certain things easier to set up or handle if you’re not ready. Having the right hardware and tools can make all the difference, but a lot of people overlook tools when they’re thinking of doing something in their garden rather than, say, their bedroom or kitchen.

A leaf blower can be an incredibly useful garden tool for clearing an area of unwanted leaves, debris, dirt and other items that have gotten in the way of your spotless lawn. They can also be useful as quick ways to dry things off or remove puddle of water, and there are so many types on the market that it doesn’t take long to find a model that will suit your needs properly. Many of them are also rechargeable, so you won’t be burning limited fuel or having to lug around heavy tanks – if you have a larger garden or areas where a simple broom won’t work, a good leaf blower can be the best way to make an area look empty and clear in a short amount of time.

A telescopic ladder is a handy piece of hardware for almost all kinds of DIY, repair work and other similar tasks that require extra reach or height. A stepladder can be useful, but having a telescopic option that can reach a good height is always a plus. Whether its pruning tall plants and trees in your garden, getting something off the roof or just trying to paint a wall, the extra height always gives you much more reach regardless of what you’re using. If it’s a ladder that has its own supports, you won’t even need to rest it against a surface.

As mentioned on BestofTools, these ladders are also very easy to store, so they’re nowhere near as much of a problem as you might think. Owning even a single telescopic ladder can invalidate the need for any other ladder types, which also cuts down on how much you’ll have to spend. They’re useful indoors, too, and there’s really no other reason to ignore: if you need to, you could even store it outside to save interior space.

A stump grinder is something you’ll usually only see in a larger garden, but it can be an invaluable tool for dealing with the stumps left over by trees. In most cases, it can cost anywhere from £80-200 to remove a single stump depending on the exact situation, and that adds up quickly if you have a lot of felled trees to clear up. However, hiring a stump grinder tool essentially gives you the same option as a DIY garden activity for the same price of removing one stump, saving you plenty of money and giving you more control over how the results look compared to hiring a professional to do it. 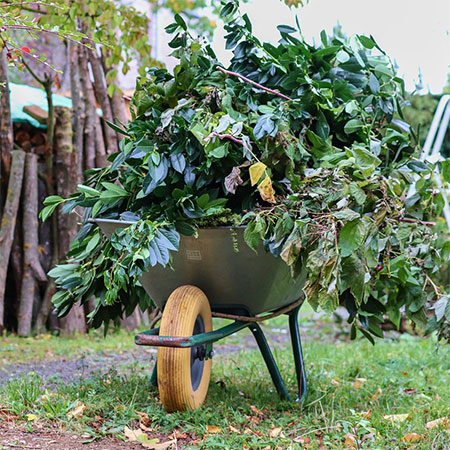 A wheelbarrow can be the single most important part of any garden hardware collection you have. Not only can they move almost anything from place to place, including liquids and loose debris, but they’re also endlessly reusable and come in dozens of different varieties. While you might be thinking of the types with a single wheel that can easily fall over, there are plenty of extremely stable wheelbarrows that work perfectly for carrying heavy objects or large amounts of items without the risk of it all tipping as soon as you let go.

Weed killers are a great way to clear out weeds without harming the rest of your plants, and they’re something that many people will overlook. Whether you’re using them in sprayers or just adding them manually, even a small amount of weed killer can quickly help you clear up weeds and make your garden look tidier without forcing you to use physical tools for it. This can be even more important in situations where the weeds are actually spreading so fast that you can’t stop them, since a standard method or removing them will only be temporary: good weed killer can work permanently and properly clear them out for a fairly long period of time.