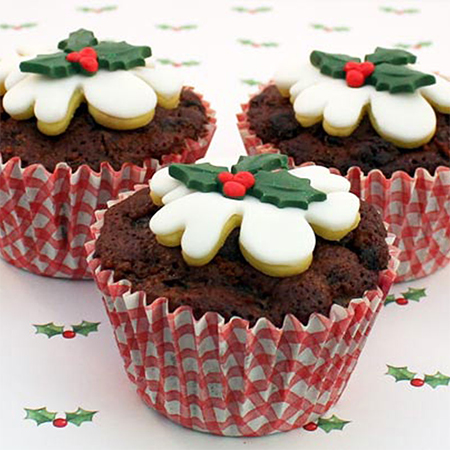 Christmas pudding is renowned for its rich fruit taste that explodes on the tongue releasing bursts of succulent fruit, spices and a hint of brandy. Combine this with a brandy sauce drizzled over the top and you have the ultimate festive temptation, well, after mince pies of course!

Try out this recipe for Christmas pudding cupcakes that can be a part of the festive meal or given out if you are hosting a buffet- style gathering.

140g each currants, raisins and sultanas

Half a lemon, grated zest and juice

100ml each brandy and port

Fondant, white and marzipan as well as edible Christmas decorations

It is better to prepare the recipe a day in advance and let the fruity ingredients soak up the brandy and port.

Preheat oven to 200oC and then line a 12-hole cupcake or muffin tray with cupcake cases.

In a large mixing bowl or mixer bowl, combine the butter and sugar until light and fluffy. Sift the flour and baking powder separately and then sift half of this into the creamed butter and sugar. Add [1] egg before beating by hand or with a mixer. Slowly add the remaining flour mix and the remaining egg and mix again.

Now you can add the lemon juice and zest, spices and salt and continue mixing until all the ingredients are well combined.

Another alternative for decorating the Christmas pudding cupcakes is to use icing and fondant. 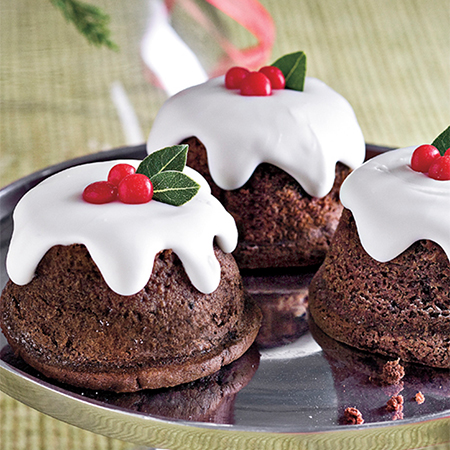 Where and when did Christmas pudding originate?

As far back as the 14th century, a traditional meal that included mutton and beef was combined with assorted dried fruits, wines and spices. From there it was transformed into a meal that became cakier with the addition of wheat. From that time onwards, the traditional Christmas pudding has become a worldwide part of Christmas festivities, especially when topped with a brandy sauce.

Christmas pudding is generally a steam pudding in an upside down bowl shape that is decorated with brandy sauce and holly. Due to the amount of alcohol in the pudding, it was usually set alight before serving. While many no longer follow this tradition, Christmas pudding and brandy sauce remain a favourite for the festive season. 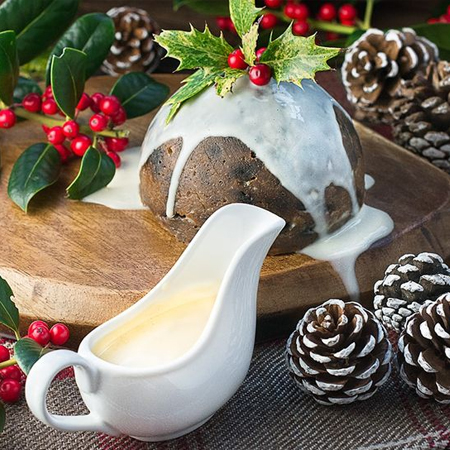 Treat the kids to a new taste sensation with Christmas pudding cake pops dipped in chocolate and decorated with fondant. 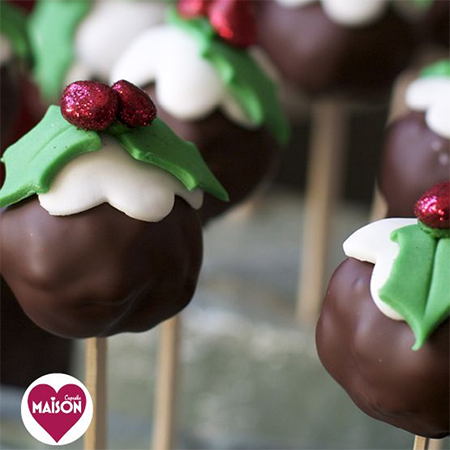