Man set up a spy camera to monitor the eery goings on his humble shed. 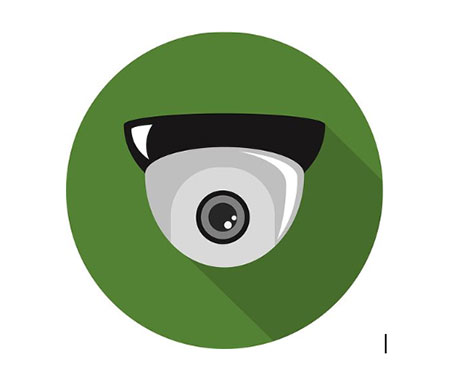 When Steve Mckears of Severn Beach near the English city of Bristol noticed bits and pieces on his workbench had been moved, he was confounded. At first he thought he must have been imagining things, so he started deliberately leaving things out of place to see where they’d end up. Sure enough, he’d go back to his workbench and the screws and wire he’d left on the bench would be neatly tidied away into a box. It was a bit of a mystery.

Nobody else ever went in the shed where Steve Mckears’ workbench was, so he leapt to the unlikely conclusion - as one does - that there was a ghost tidying up after him. To find out for sure what was happening, McKears set up a spy camera to monitor the eery goings on his humble shed. The footage was not what he expected.

Upon viewing the footage the next morning, McKears was relieved and delighted to note that there was no ghost and nobody was breaking into his shed to tidy away his bits and pieces - it was a mouse!

The footage had captured clear as day the little infestation picking up assorted odds and ends and putting them away into an old box that he’d left open. It soon went viral, with lots of “squeaky clean” headline puns. The footage made its way from local media and around the world, even American outlets found a home for the cute video.

But it’s by no means the first time mice have been caught by a spy camera in unexpected places. A spokesperson for Online Spy Shop, a spy equipment retailer and security consultancy, said that they receive a number of inquiries every week about catching mice and other pests by using spy cameras. It’s a popular technique.

The spokesperson said “spy cameras can help with many things, from home and office security to catching fly-tippers on your street. It can even be used to gather crucial evidence for a legal case. However, some tech savvy people are starting to use motion detection cameras for more unusual purposes, making use of the advances in technology to sort out some of life’s most annoying domestic problems, like finding pests such as mice.”

When mice enter the interior of a home, they typically do so at night, so even if someone is about, it’s not always easy to spot them. And like many people, you have a phobia of mice, you won’t want to spot them. But you don’t even need to see a mouse to know you’ve got an infestation, droppings, swipe marks along skirting boards and wall edges, nibbled food and even - as Steve McKears found out - a tidier than expected workbench can all be a sign that there’s mouse loose about your house.

Spy cameras are actually a great idea if you’ve got a pest problem. Catching mice humanely is tough, because they’re naturally cautious and rarely come out if there’s a person nearby. And when they do, they’re too quick to catch by hand. The alternatives, such as trapping or poisoning, aren’t for everyone, so humane homeowners are taking to setting up spy cameras - some of which operate by motion detection - to figure out how the mice are getting in. Once the entry point is known, it’s possible to block up the hole and ensure that the little pests have to go elsewhere.