According to a new study into home improvement motivations by experts at Aspect property maintenance, 32% of UK residents say that being approached directly by a tradesman working on a neighbouring property had prompted them to make their own home improvements. 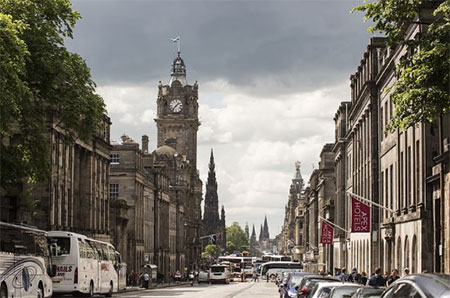 We’re all interested in home improvements that can translate into a higher property value. From a full-scale loft conversion to an external paint job, there’s lots of advice out there for making the most of your home.

According to a new study into home improvement motivations by experts at Aspect property maintenance, 32% of UK residents say that being approached directly by a tradesman working on a neighbouring property had prompted them to make their own home improvements.

Meanwhile, 41% say that seeing improvements done to neighbours’ homes in ‘real life’ - also known as ‘curb appeal’ - has inspired them to make changes themselves. Residents in Manchester, Leeds, and London are the most likely to have work done after spotting their neighbours’ external improvements.

Win-win for residents and tradespeople

Aspect’s research revealed that enterprising tradespeople will often knock on neighbours’ doors while they’re working on a property. By offering the same work at a discount for everyone, houses on a particular row or estate are more likely to go for a new pointing, paint job, or window frames.

This is a cost-saver for residents as well as the tradespeople, who can reduce the cost of transport and materials by doing more jobs in one location. It also makes sure houses look consistent and well looked after, which can help the area become more desirable and houses fetch a higher price if they go up for sale.

As well as dated features, a lack of parking, and noise pollution, an untidy exterior can drive the price of your house down because it’s the first thing potential buyers will see online and in person. An overgrown garden and peeling paintwork doesn’t exactly scream ‘We love living here!’

This desire for uniformity has been dubbed the ‘Portobello Road effect’, after its rows of colourful houses, which are some of the highest valued homes in West London. Even if you don’t live in a multi-million pound area, well kept homes that follow a specific design theme are attractive to both current and future residents.

According to Nick Bizley, director of operations at Aspect, this is just another manifestation of ‘keeping up with the Joneses’. “People have always been motivated to make the best of their homes. What we’re seeing now are just different sources of inspiration for doing so.”

“The study identified enterprising tradespeople as one of the biggest motivators behind people catching the home improvement bug and it makes complete sense. A tradesperson can make significant savings on travel, transport, access costs, scaffolding, and bulk buy materials more easily, when working on neighbouring homes.The resident gets great work at a lower price, the tradesperson cuts their costs, and the local neighbourhood benefits too.”